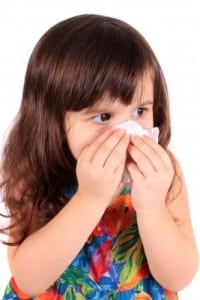 There are many perks to being the oldest child in your family, but allergies is not one of them. A new study may have found that the firstborn children have higher allergy risks than later-born children.

Researchers at Kyoto University, in Japan, looked at how birth order could affect allergy risk in children. The parents of 13,000 children between the ages of 7 and 15 years old were surveyed about their children’s allergies and just where they were born in the family. The researchers found a significant link between being the firstborn and having allergies.

The researchers are not sure what causes this higher risk among older children. Some experts are suggesting that this is evidence of the “hygiene theory.” Bringing children into a too-sterile environment decreases their body’s chances to build immunities. This can lead to higher allergy rates as the children do not have a chance to protect their bodies naturally. Younger siblings tend to have more exposure to certain germs and foods which can give them a chance to build a natural immunity.

Though this theory is widely popular, the researchers are not entirely sold on this being the main reason for this increase in older children. Though common allergies, such as to dust or mold, could be attributed to this, the infants in this study showed food allergies even as infants. – Summer, staff writer