From the moment babies can hold the pencil, their scribbling on a piece of paper is a source of endless hours of fun for them. But now scientists believe that the crisscross patterns they draw or the more artistic impressions of things they see is a good indicator of how intelligent a child will be as a teenager. 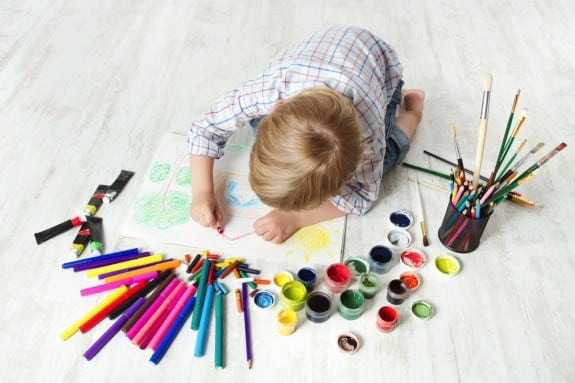 The research team, led by Dr. Rosalind Arden of the Institute of Psychiatry at King’s College London in the UK, assessed 7,752 pairs of identical and non-identical twins (15,504 children in total) who were a part of the Twins Early Development Study (TEDS).

When the kids were four years old, they were asked to draw a child. This was based on the Draw-a-child test set up in the 1920s as a way of determining a child’s intelligence. The drawings were then scored on a scale of 0 to 12 based on the number of physical features the child had drawn.

For example, if a child drew two legs, two arms, a body and head but drew no facial features, they would receive a score of 4

The children were asked to take an intelligence test, at the age of 4 and again at 14 years of age.

However, the researchers stresses that parents whose children are bad at drawing at a younger age should not start associating it with their intelligence too much as the correlation between drawing ability and intelligence was moderate; it was 0.33 at 4 years and 0.20 at 14 years. She added there were countless other factors that proved intelligence than drawing alone.

“Drawing ability does not determine intelligence. There are countless factors, both genetic and environmental, which affect intelligence in later life.”

The researchers also found that there might be a genetic link to drawing ability. The children who were identical twins had very similar drawing abilities while those who were non-identical twins, with 50 percent similar genes, showed varied ability in their drawing though they had similar upbringing.

With this observation, the scientist clarifies that this does not mean there is a ‘drawing gene’ in humans.

“A child’s ability to draw stems from many other abilities, such as observing, holding a pencil, etc. We are a long way off understanding how genes influence all these different types of behavior,” she adds.

The study still gives parents a good peek into the future of their children as drawing well at a tender age, does indicate good observation skills which will be useful as they grow older.