Gwen Stefani was photographed out on Saturday with her newborn son, Apollo Rossdale, while at Zuma’s soccer game in Brentwood, California. 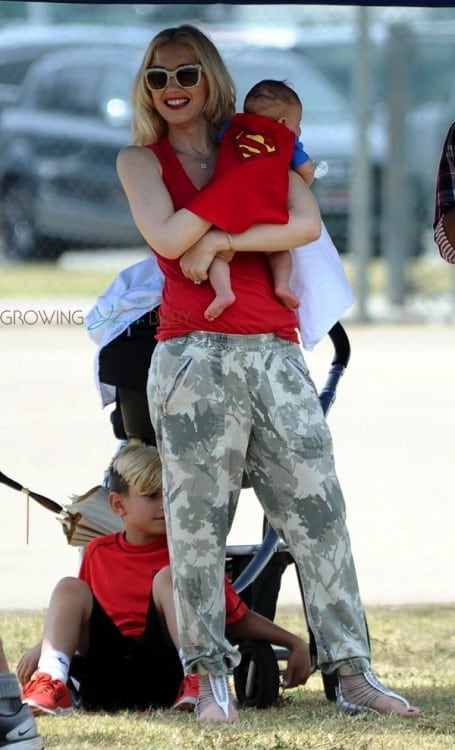 Apollo was cute in a blue onesie with a superman cape.  Gwen kept the newborn shaded under a tent. As always, she was chic in camo pants, a red shirt and gladiator sandals.

The family was accompanied by a nanny who pushed Apollo in Nuna’s new Ivvi Luxe stroller. 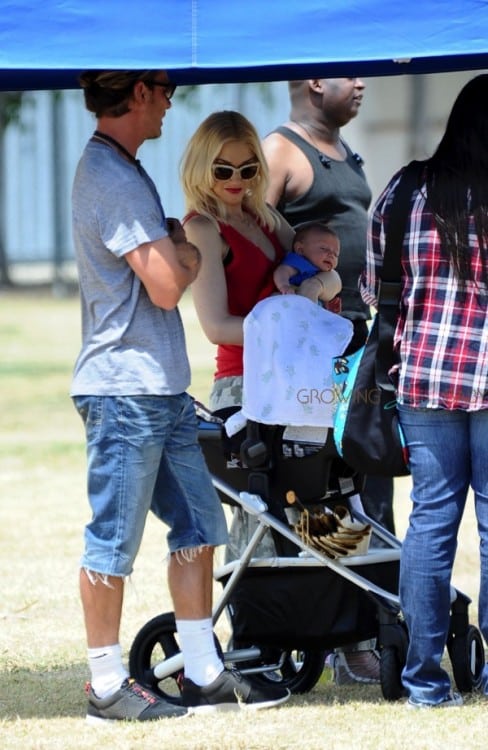 The Fall Gwen will hit the small screen when she joins The Voice for the show’s 7th Season. The singer, and producer Pharrell have been added as judges, and both will perform for the audience on Monday night.

For the past few seasons, the show’s third and forth judges seats have rotated between Usher, Ceelo, Christina Aguilera and Shakira.

After the news was made official Gwen tweeted the rest of team saying,

We are! We can’t wait to see what she will bring to the show.