A family in South Dakota is coping with a devastating cancer diagnosis for both of their 3-month-old twin girls, Kenedi and Kendal Breyfogle. 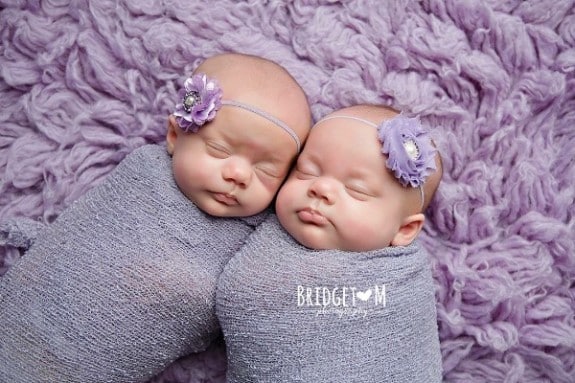 “It’s devastating having one child diagnosed with cancer, but having two, it’s just a lot more work,” Abby Breyfogle, the girls’ mom, told ABC News. “There can be awful side effects of chemo – we worry about that of course, but in the grand scheme of things we try to take it day by day.”

“We’re trying to enjoy all the time we can with them,” she said. 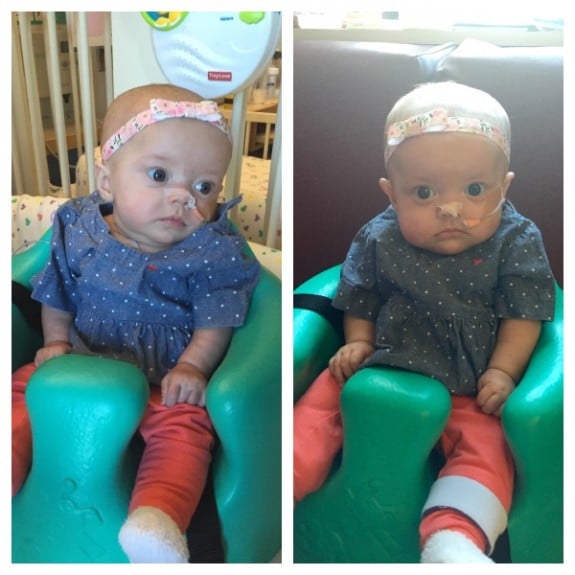 Breyfogle said when the twins were just two months old, she noticed strange spots on their skin.

“We thought [they] were bug bites, but they weren’t,” she said. “Towards the end of July they [nurses] said to wait it out another week to see if they had gone away and hadn’t.”

The worried mother took her babies to a dermatologist for a biopsy, which came back malignant. After a bone marrow biopsy, Breyfogle had confirmation that her baby girls both had acute myeloid leukemia.

“Everybody kept saying ‘I don’t think so. It can’t be that,’” she said. “Having two, of course it’s sad, but we just immediately went to the next step because we need to fight this. The doctor said it’s very rare.”

Kenedi and Kendal were admitted into the Mayo Clinic in Rochester, Minnesota on August 19. Two days later, they underwent their first rounds of chemotherapy. 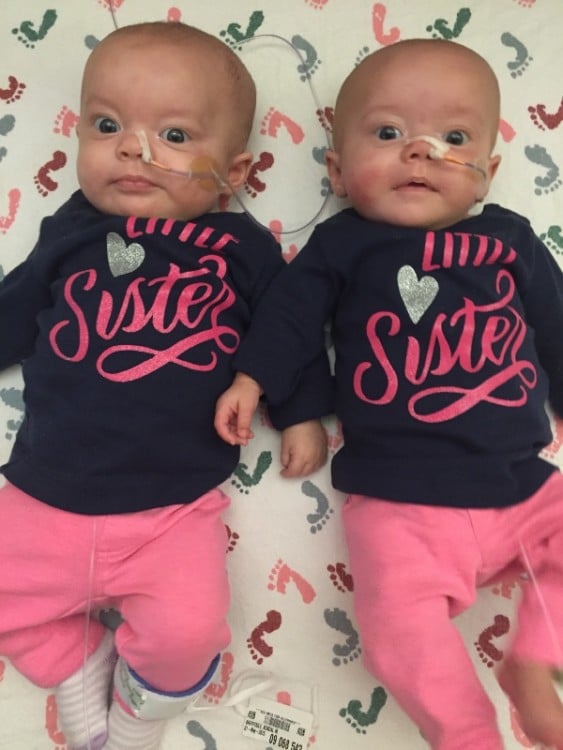 “This one is very rare and to have both identical twins have it at the same time, at least at the Mayo Clinic, in our group we have never seen it,” said Dr. Shakila Khan, division chair of pediatric hematology-oncology at the clinic. “Beginning of August, they had a very unusual presentation with the lesions. It’s called leukemia cutis and that means leukemia in the skin. We do see it occasionally in children.”

“We confirmed it and started them on therapy,” she added. “They are doing OK and we are hoping that they continue to do well.”

The sisters will face many more invasive treatments, but their mother remains confident her daughters will be strong enough to conquer their illness.

“Kenedi is our little one. She was only 3 pounds, 2 ounces when she was born, but she is as tough as tough can be,” Breyfogle said. “She’s very chilled and relaxed and Kendal is the opposite. We call her ‘grumpy pants’ because she has a grumpy look, which really puts a smile on your face. They are complete opposites.”

“Considering everything that’s going on, of course there are days where they are fussy, but overall they are great babies,” she added. “I can’t complain.”

The family has set up a GoFundMe page to help with the costs.