Home » If A Simple Test Could Save So Many Babies. Why Isn’t It Mandatory?

Every year, hundreds of infants die in the US due to treatable congenital heart defects that are missed. A simple one-minute test on newborns could prevent many of these deaths, however the testing is not mandatory for hospitals to do yet. 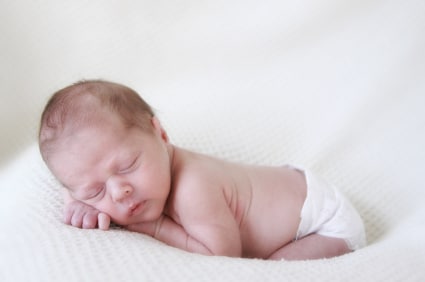 Typically, parents and doctors rely on ultrasounds and basic infant screenings to detect complications and health issues in newborns. Unfortunately, too many of these complications go undetected. British researchers found that half of all critically ill infants are sent home after routine exams after birth, their defects having been missed by doctors. These infants then become ill, and many die.

Kristine McCormick knows this reality all too well. Her newborn infant Cora died suddenly in her arms while she was breastfeeding just 5 days after her arrival.

The tragedy grows larger when it becomes clear that a simple test, done in the hospital, and taking only a few moments, could have caught the defect easily. According to Darshak Sanghavi, professor of pediatrics at the University of Massachusetts Medical School, a standard screening of oxygen levels of newborns would catch many of these problems before the parents even leave the hospital.

The test, called pulse oximetry(OX), is a small sensor taped to the bottom of an infants foot. Painlessly, the sensor sends a small red beam of light at the foot and checks the oxygen saturation level in the blood. A normal pulse ox test would be 98 to 100. Anything under 95 is too low and babies with CHD have low oxygen saturation readings because their hearts do not get enough oxygen in to the blood. The test takes just a minutes, and gives doctors a chance to catch potential heart defects before the family even leaves the hospital.

Swedish doctors already tested this method, with over 40,000 infant screenings. The results were so impressive, they claimed that the test entirely eliminated death from missed critical cardiac defects. Norwegian doctors also used the test on half of the newborns in the country and found three-fourths of the critical heart defects that had been previously missed.

For the good that pulse OX does, the test is not yet mandatory in the US. In most of the country, it’s not even a routine procedure yet. Parents can request the test done, which does not need a special doctor or even equipment outside of what most hospitals already have. However, most parents are not aware of this testing procedure to ask for it.

Kristine blog, Cora’s Story, helps educate parents-to-be on CHD.  She reminds everyone to “memorize warnings signs of a possible congenital heart defect. In a newborn, dusky coloring, turning blue, trouble feeding, rapid breathing, sweating along the forehead, and tiring easily are warning signs. Report any symptoms to a doctor and request an examination.”

A simple, non-invasive test could pick up on hundreds of missed heart defects each year. And spare more parents the sorrow of an infant dying. So, why is this test not used more often? – Summer, staff writer