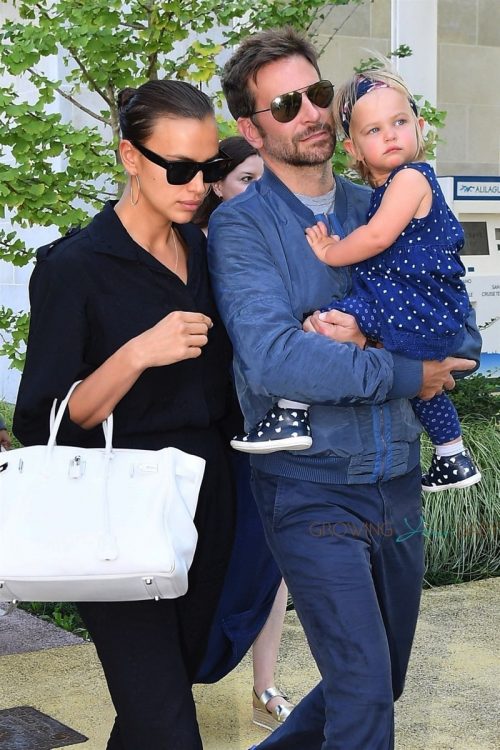 The toddler was adorable in a polka dotted outfit, matching booties and bandana in her hair. 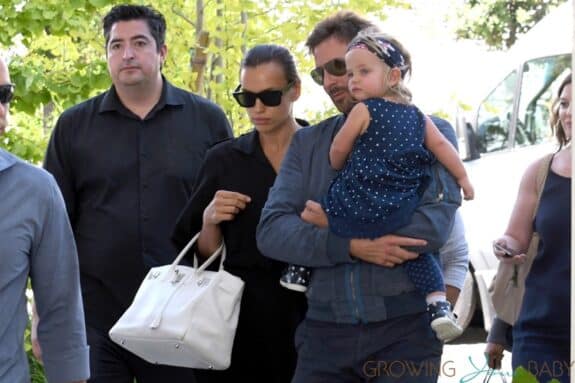 The family made their way to an awaiting boat where Lea enjoyed the ride. 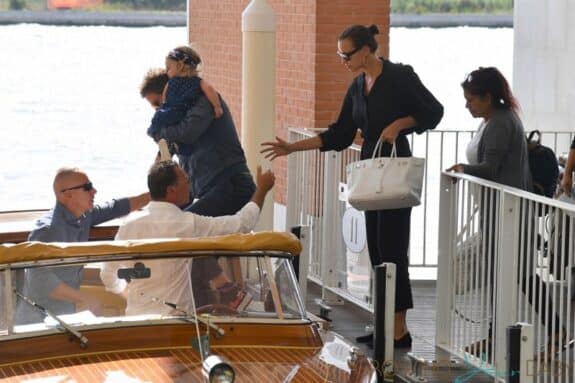 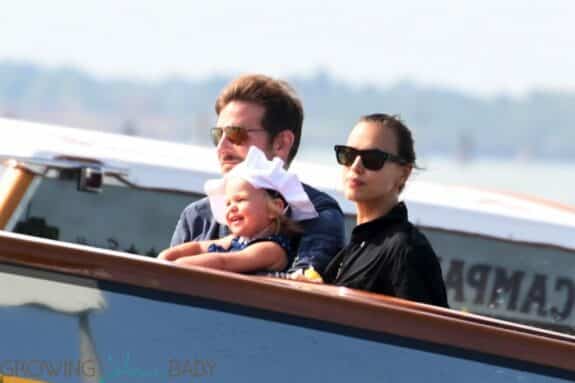 The family is in Italy for Bradley’s premiere of A Star Is Born, which co-stars Lady Gaga. 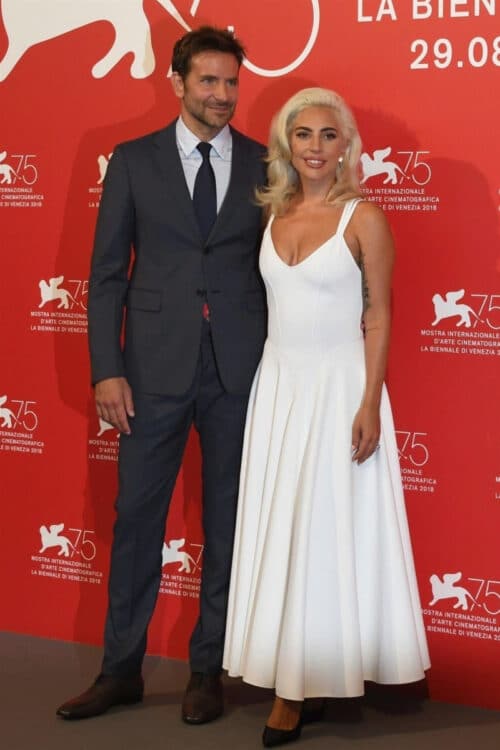 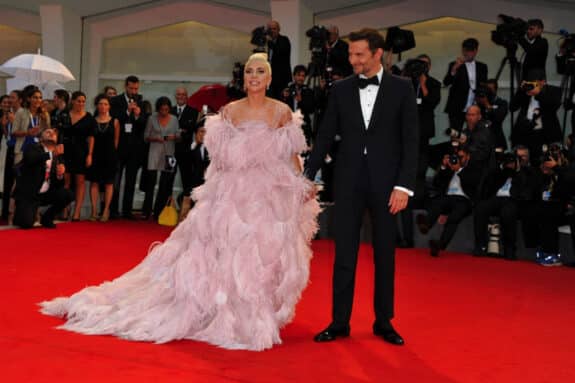 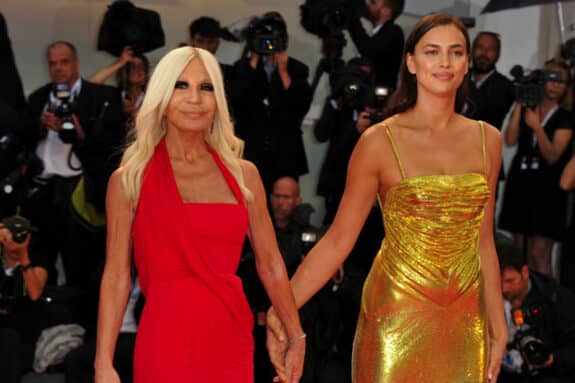 The film is produced and directed by Bradley, in his directorial debut. He also co-wrote the screenplay with Will Fetters and Eric Roth.

Bradley and Irina welcomed Lea in April 2017. While they could aren’t currently married they fueled engagement rumors at the Met Gala in May after the model rocked a diamond ring on the red carpet. 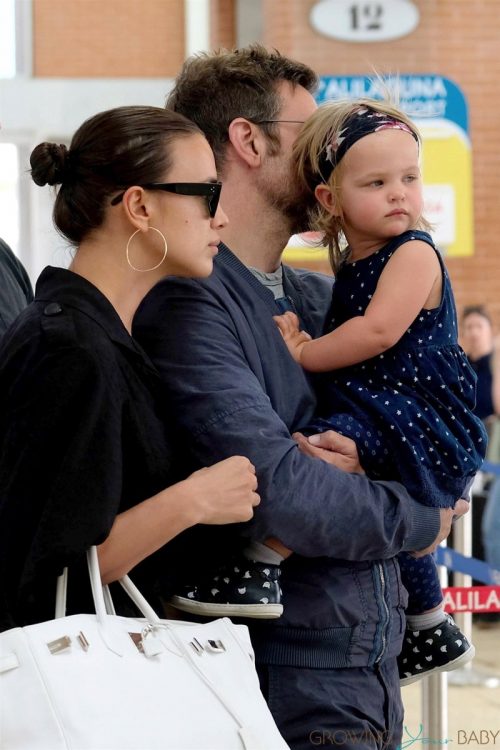