A controversial Italian doctor has claimed, in an interview, to have cloned three babies who are now living in eastern Europe. 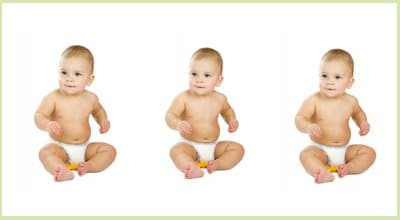 “I helped give birth to three children with the human cloning technique,” Severino Antinori, a prominent gynaecologist, told Oggi weekly in an interview to appear Wednesday.

“It involved two boys and a girl who are nine years old today. They were born healthy and they are in excellent health now.”

While he did not provide proof of his claims, he did say that cells from the three fathers, who were sterile, allowed the cloning to happen.

The women’s egg cells were impregnated in a laboratory through a method called “nuclear transfer,” he said.

Client confidentiality stopped him from going any further, but not before he said that the method used was “an improvement” over the technique used to clone Dolly the sheep in 1996.

Reminded by the journalist that such cloning is prohibited in heavily Catholic Italy, the doctor said he preferred to “speak of innovative therapies” or “genetic recoding” rather than cloning.

Two weeks ago, this same doctor sparked controversy by announcing that he would artificially impregnate a woman whose husband is in an irreversible coma following a brain tumour.

I personally think these doctors who are ‘playing god’ have gone too far. Everything happens for a reason. There is a reason why someone who is 70 can’t conceive, and a reason why there aren’t 2 exact people in this world…