Home » Jennifer Garner & Her Kids Step Out In LA

Jennifer Garner was photographed arriving at church service with her kids Violet, Seraphina and Samuel Affleck. 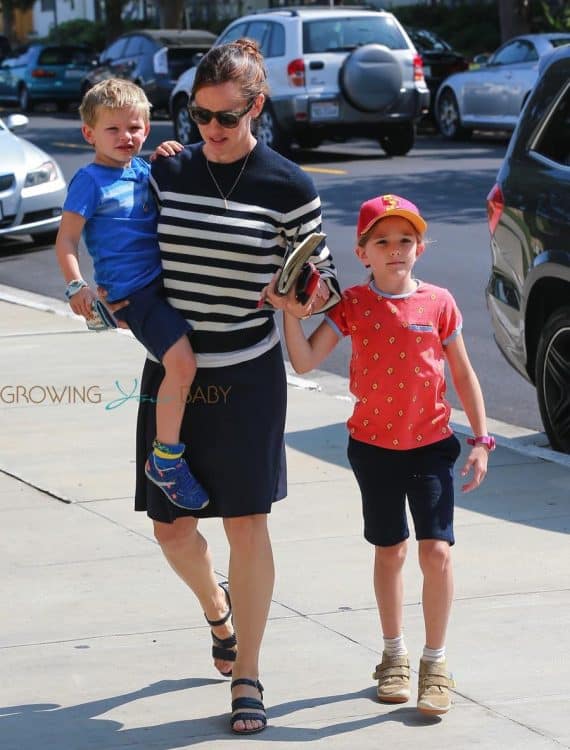 The 44-year-old actress walked inside with her youngest, Samuel, on her hip, while Seraphina held onto her mom’s arm.

Jennifer paired a navy blue skirt with a striped knit sweater and sandals for the service. 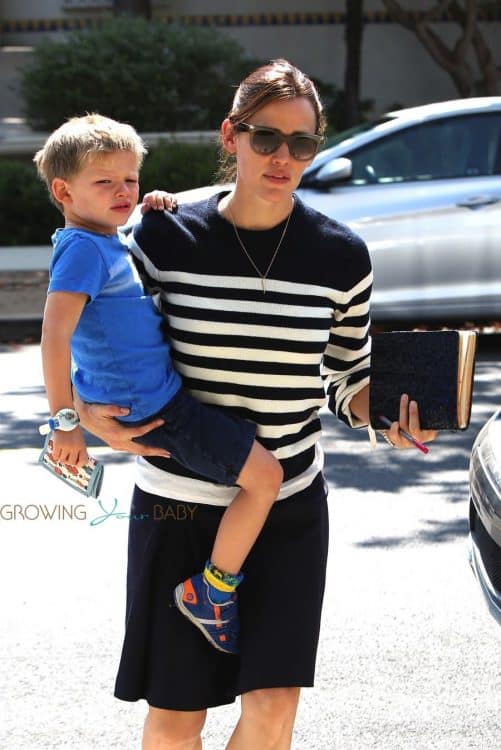 On her way out she was all smiles as she strolled with oldest daughter Violet. 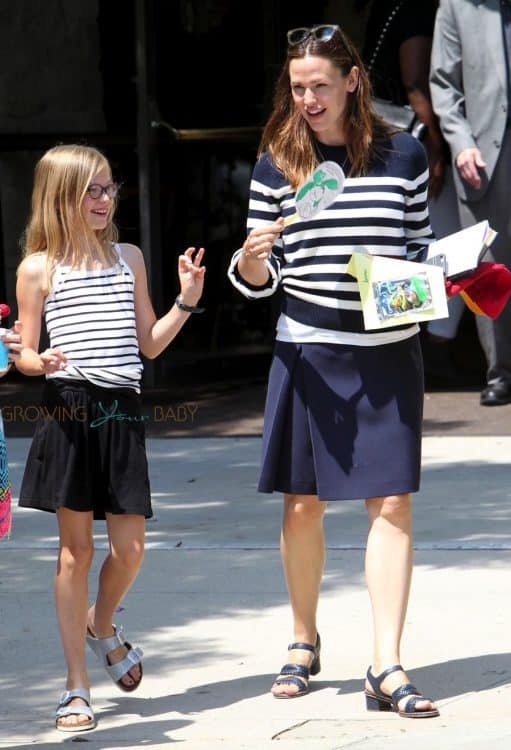 This past week the actress filmed a commercial for Capital One, and announced she will be voicing the character Mama Llama in its new animated series for preschoolers Llama Llama.

“I’ve read Anna Dewdney’s Llama Llama books to my kids hundreds of times in the last ten years,” said Garner. “Little did I know it would all count as rehearsal — I’m thrilled to bring Mama Llama to life for Netflix! The Llama Llama books are so fun to read — your kids won’t even notice they are learning life lessons, such as how to battle boredom, or braving the first day of school. But when your kids watch the coziness of Mama Llama’s relationship with her Little Llama, be ready for an extra snuggle as you connect, while learning about the world around you.”