Home » Kate Hudson Catches A Flight With Her Boys in France

Kate Hudson was photographed on Thursday on the tarmac at Le Bourget Airport in Paris with her boys, Ryder and Bingham en route to Charles de Gaulle airport. 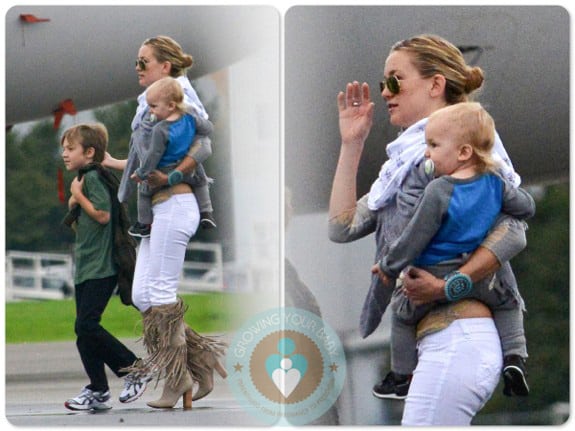 While dressed in grey suede fringed boots, skinny jeans and a knitted sweater, the busy mom navigated her way through the airport with Bingham in a Baby Bjorn while chatting on the phone. 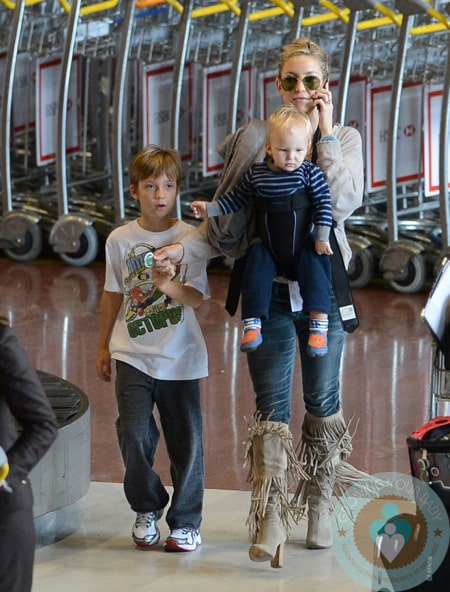 Bingham’s passport is definitely getting a workout these days.  With the release of Matt Bellamy’s new album and Kate’s crazy filming schedule, the family rarely stays in one spot for more than a couple weeks.

The quick trip was so that the actress could catch her fiance Matt Bellamy perform with his band Muse. Currently on tour, the band will play another date in France on Monday before moving on to the UK for 7 shows.