Could you imagine your child having a tumor that weighed more than they did? One little boy from the northern state of Durango in Mexico had one, but Mexican doctors recently removed the tumor and the little boy, Jesus Rodriguez, is now said to be recovering well. 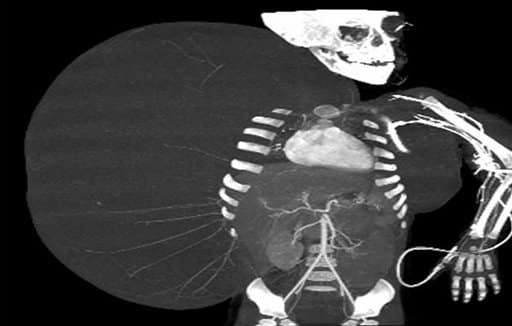 Jesus was born with a benign lump. By the time he’d reached age two, the tumor stretched from his armpit to his hip, taking up most of his right side. Doctors finally decided that it was time to remove the tumor and little Jesus was transferred to La Raza hospital for surgery.

When doctors weighed him, Jesus weighed 26 pounds. His tumor weighed 33 pounds. It took a total of 10 hours to remove the growth from the toddler’s side. The Mexican doctors that removed the tumor say it is the first tumor they have removed that was larger than the person actually carrying it.

Thankfully, it was never cancerous and the surgery was reported to have gone off “without a hitch.” The lucky 2-year-old is now at home recovering well. 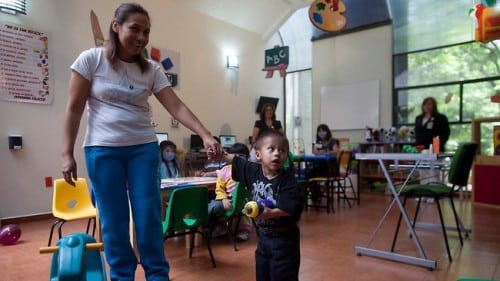 And just a fun fact about one of the largest tumors ever removed: back in August of 2010, doctors removed a tumor that weighed nearly 56 pounds from the womb of a 54-year-old woman from Argentina. The lump had been growing for 18 months and it was said to be equivalent to carrying an average set of quintuplets. Before the surgery, the woman could barely walk or bend over to tie her shoes. When she  was released from the hospital, she weighed 70 pounds less than when she went in.