Home » Mom Gets Left Behind as Baby Boards the Train! 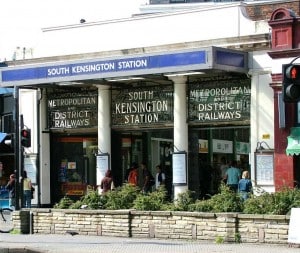 Being a parent can sometimes be overwhelming as you juggle all of the tasks needed to keep your day on track.  Last week a new mom who was trying manage her luggage and a buggy was left in shock after the train pulled away with her baby on board, while she was left standing on the platform.

The mom, who was in her 20s, had been travelling with her baby and was carrying luggage when she arrived to board a train from a platform at South Kensington last Wednesday. She first pushed the baby in his stroller onto the train and returned to get her luggage. In those few seconds, the train doors closed and the mom was left alone on the platform while her baby went with the train.

Passenger Malcolm Dyer who was in the train, saw the frantic mom and recalls how she began screaming and asking the driver to stop the train.

“I saw the woman try to get on the train as the doors were closing,” said Malcolm Dyer, 59, a fire consultant from Ascot. “Most people have done it before — just jumped on at the last minute — but she had a pram and luggage, so it obviously took longer. The doors were going ‘beep beep beep’ and closed before she got on. She was screaming, ‘Stop stop stop’.”

Dyer asked someone to pull the emergency brake.

The train came to a halt but the driver came on the speaker phone saying that for the safety of all passengers he would have to continue to the next stop.

“Myself and a couple on holiday looked after the child, who could only have been 12 months old. It was fast asleep and had no idea what was going on. The three of us then got off at the next stop and spoke to the driver. When the train was ready to depart, I left the child in the hands of the couple.”

According to a transport for London spokeswoman the staff acted quickly after hearing of the situation and informed their colleagues at the next station – Gloucester Road. The mother arrived, escorted by a member of station staff to Gloucester Road to be reunited with her baby.

Pete Allaway, London Underground’s Circle and Hammersmith line manager, said: “I’d like to thank the quick thinking actions of our staff who acted in a calm, professional manner throughout and also like to thank the customers on the train who alerted the driver and stayed with the baby until the train could be met by station staff.”

While it could have been a last minute decision for the mom to board the train with her baby and the luggage, Dyer says she might have acted a little too hastily.

“I think the woman was a little silly to try to get on. It was as though she just couldn’t wait. I know the Circle line is quite irregular, but even so.”

At least this mom and baby were re-united quickly thanks to the co-passengers and the train staff.