In the past year, there have been a lot of stories about babies falling out of windows accidentally, but a Cleveland, Ohio mother actually tossed her child out of a second story window, just before she was set on fire by the child’s father. 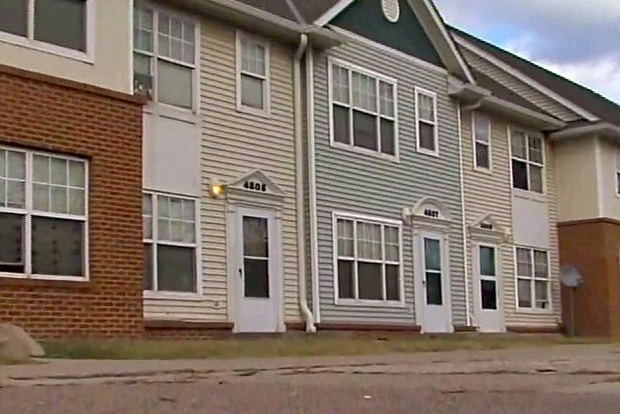 According to Chief Executive Officer Angel Morales of the CMHA Police Department, the couple had started arguing and the dispute had made its way out into the street at some point. For whatever reason, the mother, who was holding her 18-month-old son, went back inside the home. Shortly after, the unthinkable happened.

The child’s father, 31-year-old Kevin Ford Jr., had doused the woman with lighter fluid. From the second story window, the mother yelled down to her neighbors and apparently gained the attention of a woman standing nearby because she then dropped her 18-month-old son down to the woman. Shortly after tossing her son out the window, the mother was lit on fire by Ford Jr. Had she not dropped him, the child might have been seriously injured or killed.

Thankfully, the mother was able to somehow remove her burning clothes and jump out of that very same window and save her life. Currently being treated for burns and possible broken bones, the mother is now at the MetroHealth Medical Center receiving medical care.

Ford Jr. fled the scene before police arrived, but officers located him later that day and he is currently in custody. There is no word on how the child fared in this horrendous incident.

As a survivor of domestic violence, I feel that I need to share with women – ALL women – that abuse should never be tolerated. Countless women and children lose their lives to domestic violence situations. Please, if you are in an abusive relationship, seek help before the situation gets worse…because it will.