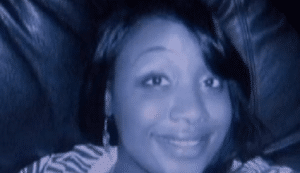 Christine Bolden was well-known for her intuition and ability to predict the ending of movies by those that were closest to her. To the rest of the world, however, she is a mother that delivered two little miracles, even after her brain gave out.

Vance Terrell, Christine’s cousin, fondly remembers the day that she had called and shared the news that she was expecting twins.

“I screamed, I was so happy,” Terrell said.

Terrell also remembers the day that Christine had called after an ultrasound to announce the names of the infants growing within her – Nicholas and Alexander. The names seemed to be a perfect fit. Little did anyone know, this would be the last time that any of them would hear Christine speak, other than her boyfriend and three-year-old son.

Walking out of a building in Grand Rapids, Christine suddenly collapsed. Two brain aneurysms burst within her brain. Doctors suspected an underlying health complication and the stress of pregnancy were responsible. She was declared brain dead just days later.

But inside of Christine’s still-alive body, the twins continued to grow and thrive. To give them more time to grow, Christine remained on life support. For nearly a month, her body served as an incubator for the tiny little lives, despite the fact that she was no longer considered alive by clinical standards. But the human incubator wouldn’t hold up for long.

While they are expected to remain at the hospital for months, the family is amazed that they are here at all.

“After all that, they were inside of her,” Terrell said.

But the birth of the twins isn’t as joyful as everyone had hoped when they first learned the news of Christine’s pregnancy. A dark cloud looms above their birth. The boys have lost a mother; friends and family have lost their “daily source of encouragement.”

“Once they were born and they wheeled them past us, everybody was anxious looking,” said Danyell Bolden, Christine’s aunt. “It was hard. It was hard knowing that the babies would be born and she wasn’t coming home afterwards.”

Yet, seeing a part of Christine still alive and vibrant gives them hope and encouragement. And they long for the day that the boys will come home to their family.

“I can’t wait to be able to touch them and pick them up and tell them all about their mother and give them so much love,” said Terrell. “They’re so precious.”