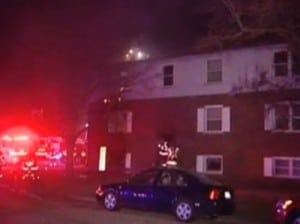 Early Easter morning, Mary Jones and her daughter were fast asleep. While they slept, a fire began to spread through their apartment building. Thankfully, a Lyons police officer noticed the fire before it got too out of control. That officer may very well have saved everyone’s lives after going door to door, banging on them to wake the tenants up, before other rescuers arrived.

Once more rescuers arrived on the scene they worked to get several tenants out of the building. But after going to the door, Mary found the apartment was too full of smoke to get her and her daughter out safely. For them, there was only one way out – through the second story window of their apartment.

“The police told me to bust a window open and drop my daughter down, then I would have to come down after her,” Mary told NBC Chicago News. “It seemed like a dream, like this happens in movies.”

As scary and bizarre as dropping her daughter from the window may have seemed, Mary did exactly what the officers told her, and in just seconds, her daughter was resting safely in the arms of the officers below.

“I just wanted to make sure that she was safe,” Mary said. “So I just hurried up and, you know, gave her to the police so that she would get out of the house.” 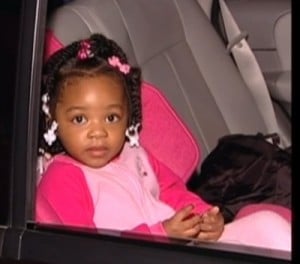 Moments later, Mary jumped too, joining her daughter safely on the ground. Thankfully, she, her daughter, and all of the other tenants escaped the fire without injury. One officer did have to be transported to the hospital for excessive smoke inhalation, but he is expected to be okay.

“It’s Easter Sunday, and for us to come up on such a large fire in this apartment building and get everyone out safely, I’m very proud of them,” Lyons Police Commander Brian Kuratko told NBC Chicago News.