Home » New Study Poses the Question – Can Children Grow Out of Autism? 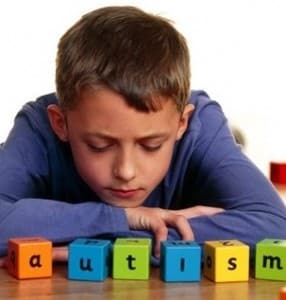 No one really knows exactly causes autism – a neuropsychological disorder characterized by repetitive behaviors and deficits in social interactions, communication and language. However, science continues to learn more about this perplexing condition, how it works and how to improve the outcome for those affected. But what if children could grow out of it? A new study says it’s possible, but those of us who are parents to autistic children may not be so convinced.

“Although the diagnosis of autism is not usually lost over time, the findings suggest that there is a very wide range of possible outcomes,” Dr. Thomas Insel, director of the US National Institute of Mental Health wrote in the Journal of Child Psychology and Psychiatry, the journal in which the study was published. “For an individual child, the outcome may be knowable only with time and after some years of intervention. Subsequent reports from this study should tell us more about the nature of autism and the role of therapy and other factors in the long term outcome for these children.”

The new study took a close look at the outcomes of 34 school-aged children and young adults who had been diagnosed with autism early in life, but now appeared to be functioning normal. The new testing results of these ‘optimal outcome’ individuals were compared to the test results of 34 normally functioning peers and 44 autistic peers. Each group of 8 to 21 year olds was matched by age, sex and non-verbal IQ.

All individuals were tested for language problems, face recognition difficulties, communication deficits and social interaction problems. The ‘optimal outcome’ individuals did not show any signs or symptoms of deficits in any of those areas, despite their previous autism diagnosis. This, of course, presented researchers with the question of whether or not their initial diagnosis was accurate.

To further test the theory of misdiagnosis, they took a deeper look at the individual diagnosis of each of each ‘optimal outcome’ participants. After this analysis, data confirmed that the original diagnosis had, indeed, correctly placed them on the autism spectrum. However, there also ended up being a very interesting common thread between these individuals; individuals from the ‘optimal outcome’ group were found to have milder social difficulties but more severe complications in the areas of communication and repetitive behavior in their early lives when compared to their same-age autistic peers.

Researchers are now further examining the records of these ‘optimal outcome’ individuals to determine what might have ‘cured’ them from their autism. They are comparing types of treatment, possible roles of IQ and more. For now, they aren’t able to indicate which children might most likely be able to “grow out of” their autism, nor are they giving any kind of percentages, but they are hopeful that their research will lead to hope for more autistic children in the future.

All children with ASD (autism spectrum disorder) are capable of making progress with intensive therapy, but with our current state of knowledge, most do not achieve the kind of optimal outcome that we are studying,” Dr. Deborah Fein from the University of Connecticut and lead author on the study said in the Journal of Child Psychology and Psychiatry. “Our hope is that further research will help us better understand the mechanisms of change so that each child can have the best possible life.”

As I mentioned earlier in this article, those of us that are parents to autistic children are rather skeptical about the idea of a child “growing out” of autism. While I can say that my son is now more socially impaired than repetitive, there were indications of both from early on in childhood.  Yes, he has made vast improvements over the years, but he still struggles with various aspects of his condition.

What’s more, if it were possible for a child to “grow out” of autism, there would be the issue of obtaining beneficial therapies for many families, particularly in the US where many insurance companies refuse to pay for said services. So is there really hope? Only time will tell. But as for this mom, I’m not holding my breath. We’re just going to continue what we’re already doing and just try for the very best functioning level he can achieve.