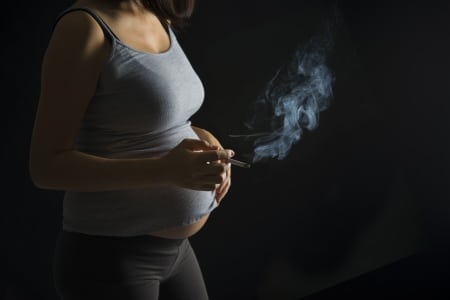 The new study, published in the journal Pediatrics found that if both of a child’s parents smoked, the child was more likely to develop ADHD, compared to children with two parents that never smoked. The study was led by Jin Liang Zhu, PhD, from the Children’s Mental Health at Aarhus University in Denmark. The ultimate goal of the study was to better understand the link between smoking during pregnancy and ADHD.

From 1996 to 2002 approximately 84,803 children born in Denmark were studied. The mothers of the children were spoken to during the study, participating in interviews over the telephone, which had included specific questions about the smoking habits of them and their partners. When the children reached seven years old, the same parents filled out a post-study questionnaire about their children’s health, behavior and development according to well established psychology assessments. The survey questioned the parents as to if they had noticed any specific hyperactivity behaviors or attention deficits.

Researchers analyzed this data, as well as being able to access information via several national registries in which children had been formally diagnosed with ADHD. The researchers learned that the smoking habits of both parents did affect the risk of their child receiving an ADHD diagnosis. However the most significant risk was that of mothers smoking during their pregnancies. Research showed that children born to a mother who smoked during pregnancy were 1.6 times more likely to be diagnosed with ADHD than those children that were born to parents who were non-smokers. The study also showed that if a child’s father also smoked, that risk rose to 1.8 percent.

It was also noted that the children of mothers that used nicotine replacement therapy while they were pregnant were at a higher risk, albeit a smaller one than those of moms who were habitual smokers. Authors of the study wrote “Our findings suggest that exposure to prenatal tobacco smoke, possibly nicotine, may have a prenatal programming effect on the risk of ADHD in children.” They also discovered that there are other household or familial factors that may also play a role in that ADHD risk. The study was funded by the European Research Council and the Tryg Foundation.