Home » OCD and ADHD Look the Same but Diagnosing Them Incorrectly Can Worsen Symptoms, Experts Say 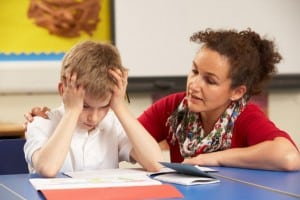 On the surface, obsessive compulsive disorder (OCD) and attention deficit hyperactivity disorder (ADHD) look very similar, experts say. But incorrectly diagnosing a child with ADHD when they actually have OCD can have dire consequences, the experts warn. They say that the answer to being able to tell the difference between the two rests in understanding the root behind the common symptoms.

To better understand the psychological roots of both ADHD and OCD, Professor Dar and his fellow researcher, Dr. Amitai Abramovitch put together a group of 30 ADHD sufferers, 30 OCD sufferers and 30 people with no psychiatric diagnosis. All of the subjects were male with a median age of 30.

Through comprehensive neuropsychological tests and questionnaires, researchers gathered information about the subjects’ memory control, problem-solving skills, attention and impulse control. ADHD and OCD groups scored lower than the control group in terms of reaction time, memory, attention and other cognitive tests. And both groups showed abnormalities in their ability to control or inhibit impulses. However, impulse control among ADHD sufferers and OCD sufferers looked very different. For example, ADHD sufferers struggled with controlling their impulses in real-world situations while OCD sufferers actually had better impulse control than even the control group in the same situations. And while the OCD sufferers said they struggled with impulse control, researchers believe that this is likely because they don’t feel they’ve had an opportunity to plan enough.

Based on the information from their study, which was published in Journal of Neuropsychology, researchers said that while both ADHD and OCD sufferers are likely to display inattentiveness, impaired memory and behavior control issues, but the reason behind these symptoms is very different. For ADHD sufferers, the symptoms are indicative of their impulsive nature. They are risk-takers and they rarely reflect on the consequences of their actions. In contrast, OCD sufferers fixate on the consequences, so much so that they have difficulty making a decision, they are hesitant and they tend to over-plan and over-control.

Unfortunately, the symptoms are so similar that teachers, parents and even medical professionals are likely to see the behaviors at face value, often diagnosing an OCD sufferer with ADHD.

“It’s more likely that a young student will be diagnosed with ADHD instead of OCD because teachers see so many people with attention problems and not many with OCD,” Professor Dar told Science Daily. “If you don’t look carefully enough, you could make a mistake.”

And according to Professor Dar and his colleague, Dr. Abramovitch, that mistake could cause some serious problems for the OCD sufferer. This is because psychological treatment, behavioral treatment and medications for an OCD sufferer are different than those designed for ADHD sufferers. For example, an OCD sufferer placed on Ritalin, a drug often used to help control impulsivity and attention span problems in ADHD sufferers, can actually make OCD symptoms worse.