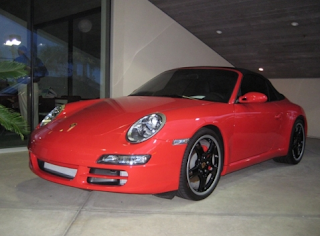 Four years after Nicholas Freitas received treatment in the NICU at Rady Children’s Hospital in San Diego, his parents have decided to sell their 2007 Porsche convertible and donate the proceeds to the medical center.

Now, that Nicholas is a healthy and well-adjusted his parents wanted to contribute something to the hospital. They eventually settled on the idea of selling the red Porsche 911 (997).

“I don’t know if it was an epiphany or something,” Robert Freitas said. “I thought (the car) is just a material possession. I don’t really need this.”

“That was my baby. I just know I won’t regret selling it” for Rady Children’s Hospital, Freitas said. “When you see an unhealthy child, it really breaks your heart.”

The car is being sold through the Hoehn Porsche dealership in Carlsbad, where it is on display. The Freitases hope the sale will raise $75,000 for the medical center.