Home » Trooper Fines Pregnant Woman in Labor On The Way To Hospital! 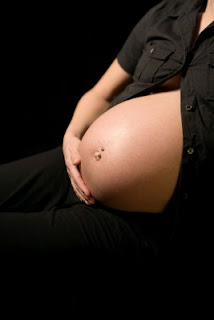 Note: To mommies in Boston who are in labor – Don’t ask a trooper for help!

While in labor and rushing to the hospital in the breakdown lane, Jennifer Davis and her husband pulled up behind a state trooper to ask for his help.

Instead of getting a warm reception, they were issued a ticket for $100, after having to wait for him to finish writing the ticket he was already writing for someone else.

And if that’s not enough – the trooper tops it off by asking the laboring woman to prove she is pregnant.

According to Jennifer Davis, the trooper said, “what’s under your jacket?” She said, “my belly.” To which the trooper responded, “okay, let’s see it.” She was wearing a jacket, it seems, and so perhaps this intrepid law enforcer thought she and her husband were stealing a very large beach ball or something.