Home » Parents of Overweight Children Have a New, Serious Health Complication to be Concerned About 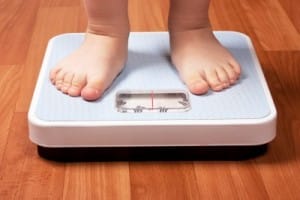 Obesity and overweight children have become something of an epidemic among many countries, particularly developed countries. Like adults, children face serious adverse health complications because of excess weight. In fact, children today are being diagnosed with everything from hypertension to type 2 diabetes. Now, Canadian doctors fear there is an even bigger, silent killer that is claiming the life of children – a condition known as obesity hypoventilation syndrome, or OHS.

The condition, which occurs when fat tissue lodges itself in the upper airways, affects a child’s day and nighttime breathing. As a result, the blood ends up with too much carbon dioxide and not enough oxygen. Sleeping problems at night and drowsiness during the day are the most noticeable symptoms but children may also experience problems concentrating, attention problems and intellectual functioning issues.

“Imagine if you have a child that doesn’t sleep well, and not only you don’t sleep well, you don’t oxygenate your brain well,” Dr. Danielle Grenier, a community pediatrician in Gatineau, Que and director of medical affairs for the Canadian Pediatric Society told Vancouver Sun. “Some of these children can have learning difficulties because they’re so sleepy, and because they’re not able to concentrate.”

In severe cases, hemoglobin, the oxygen-carrying protein found in blood, thickens. This forces the heart to work harder; this can eventually lead to congestive heart failure. If left untreated, OHS can also result respiratory failure and death. And sadly, experts fear that the condition is going largely untreated and undetected. For this reason, Grenier and her colleagues are planning to do a widespread, two-year study that will track the number of cases among children in Canada.

“We want to make sure that we know how much of this is happening in Canada, and that these children are detected early and get help with their diet and physical activity to bring them back to a healthy weight,” Grenier said.

She said that “approximately 26 percent of Canadian children between two and 17 years of age are overweight or obese….we’re seeing them at a younger and younger age.” And according to date from the pediatric surveillance program, doctors in Canada are now regularly treating 13-year-olds with type 2 diabetes and “persistent albuminuria,” an early sign of diabetic kidney disease. Grenier says this is a very serious issue in children.

“It means their kidneys are having a hard time,” Grenier said. “When you start seeing that in children, it’s not good news. In the long run, it’s renal (kidney) failure and hemodialysis.”

She and her colleagues are asking doctors who find cases of OHS to report them so that awareness can be increased among both parents and pediatricians. Patients may need breathing help at night, and treatment should include diet and exercise changes, Grenier says. But parent education is also important. According to Grenier, many of the parents she sees in her office are clueless when it comes to “normal” food portions.

“They think if one juice is good, 10 are better. If milk is good, you can have as much as you want in a day,” she said. “These are basic, basic principles…This is the teaching we do every single day in the office. Once you see (a child’s) BMI increasing and you see that it’s not muscle, it’s all subcutaneous fat, you have to get the whole family involved that a Coke is full of sugar and it’s not the best treat for a child. Veggies and fruit are better. Water is better. But that message is hard to get across.”