It’s an unlikely pairing – physicist Erkan Tuzel and Harvard Medical School bioengineer Utkan Demirci – but it is one that may very well change the face of in vitro fertilization (IVF) if their collaboration proves to be successful.

IVF specialists who work to help otherwise infertile couples reproduce have been hoping for an easier way to identify and isolate the healthiest sperm to help give couples the best chance at a fertilized embryo. But figuring out how exactly to do that may end up having just as much to do with physics as it does with biology.

In real-world experiments, Demirci at Brigham and Women’s Hospital has been able to create tiny channels to swim through. But understanding how to use those channels and design them so that the healthiest of the sperm can be selected and culled hasn’t been quite as simple (not that creating channels for sperm is likely simple…) 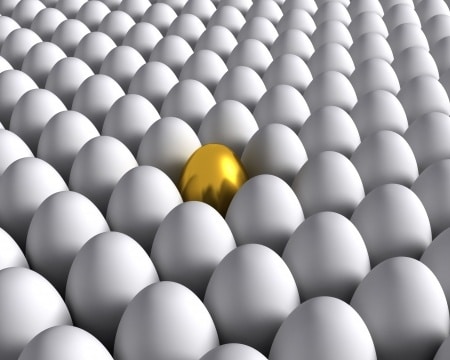 “Sperm cells interact with each other when in confined geometries,” Tuzel, from Worcester Poytechnic Institute, told Science in Mind. “Just like birds when they fly in formation like a flock, similarly through the fluid, the sperm cells interact with each other and synchronize their tails – they start beating in phase…How can we use this information to learn from it and utilize it?”

Tuzel ended up becoming a part of the project after hearing a talk by Demirci. The two men, from seemingly opposite fields ended up collaborating. The pair have already been meeting over Skype and using already developed experimental results to tweak a computer model designed by Tuzel to simulate the way that sperm moves within fluid. And before they knew it, they’d received a grant of $300,000 from the National Science Foundation to build computational tools that would help design the very systems that Demirci had been searching for – systems that would help them better understand how and why sperm behaves the way it does, and allow IVF specialists to use those systems to select the very best sperm specimens for reproduction.

The pairing, as odd as it may be, may even encourage more odd-sounding pairings in the name of science – parings that could change how we look at and approach the complex problems of today’s world.