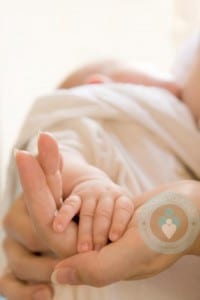 Postnatal depression is a condition that many women develop after giving birth. Symptoms can develop anywhere from a few days to several months after birth and, unlike baby blues, postnatal condition does not fade over time. Symptoms can include a constant feeling of irritation, feelings of being ‘trapped,’ lack of motivation, lack of interest in self or baby, guilt, loneliness, feelings of inadequacy and more.

The new mom may also have thoughts of harming herself or her baby and, while this rarely happens, it does and can happen. These thoughts often cause the mother to feel even more guilt and may even cause her to hide her symptoms from friends and family members.

Treatment is necessary for PND because symptoms can worsen over time. Early detection and effective treatment methods are essential to the mental health of the mother. It can also help improve family dynamics. Talking therapies are considered an important part of treatment and it is the only method of treatment that can offer lasting effects.

Despite this fact, treatment for PND in the UK is seriously lacking. A recent report conducted by the national charity 4Children, found that nearly half of all UK mothers are untreated for PND. Social stigma surrounding mental illness was said to have a large impact in the lack of treatment but National Health Services faults and lack of physician awareness were also found to be at fault.

According to the report, 29% of all UK mothers with PND did not know they had the condition, 33% kept their condition a secret out of fear and 60% didn’t feel that their symptoms were severe enough for any type of treatment.

The report also revealed that most PND sufferers lacked knowledge about their condition but wanted to know more. Of the women interviewed, 60% wanted to know more about support groups for PND and 52% wanted more information on talking therapies and counseling.

What’s more is that 46% of sufferers felt that the information they had previously been given about PND symptoms was unsatisfactory. Treatments for PND were also highly inadequate, according to the report. Only 41% of all mothers diagnosed were referred to talking therapies; 70% were prescribed antidepressants. Inpatient treatment for mothers with serious symptoms was also disturbing – many treatment centers lacking provisions and some having no units for Mother and Baby at all.

“Postnatal depression is a problem that, with the right help early on, can be treated successfully, avoiding long-term impact on the rest of the family. However, many families are suffering the consequences of postnatal depression in silence and even when they do seek help, they all too often encounter a wall of indifference and a lack of empathy from medical professionals with an over reliance on antidepressants for treatment.

The best ways to treat maternal depression are set out clearly in the NICE guidelines but all to often there is a shocking lack of awareness. So many women have to rely on luck to come across a sympathetic GP or health visitor who will lead them to the right course of treatment. This report calls for an end to the neglect of this destructive and prevalent illness to ensure that every mother is guaranteed the practical and emotional support she needs to avoid her unnecessary suffering and that of her family.”