Antibiotics are used to treat a number of conditions in children, but they are sometimes over-prescribed. Unfortunately, this can lead to a number of problems, one of which science has recently uncovered—excessive use of antibiotics could have a significant, long-lasting effect on a child’s development. 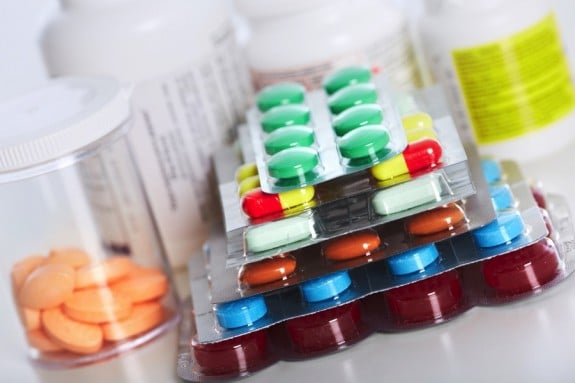 Set to be published in the online publication of Nature Communications, the NYU Langone Medical Center study treated mice with three short courses of amoxicillin (a broad spectrum antibiotic commonly prescribed to children), tylosin (not generally used in children but representative of another common class of antibiotics known as macrolides, which are becoming increasingly popular in pediatrics), and a mixture of both drugs. The researchers also had a test group of mice that never received a course of antibiotics.

Overall, the mice treated with the antibiotics (on a schedule that mimicked the dosage and frequency of an average child during the first two years of life) gained more weight and developed larger bones than those that went untreated. In addition, gut microbiome (healthy bacteria in the gut) were disrupted by both types of antibiotics. This part, in particular, could have a serious impact on the long-term health of children.

“We have been using antibiotics as if there was no biological cost,” Dr. Martin Blaser, MD, the Muriel G. and George W. Singer Professor of Translational Medicine, director of the NYU Human Microbiome Program at NYU School of Medicine and study senior author, told Science Daily. “[But] they changed the ecology of the microbiome in terms of richness of the organisms, the diversity, and also what we called the community structure, or the nature of its composition.”

Even more concerning, the study suggested that antibiotic-exposed microbiomes could have trouble adapting to environmental changes. For example, once the researchers moved the mice to a high-fat diet, the microbiomes of the group of control mice all shifted within a single day to adapt to the new conditions. In contrast, microbes in the group of mice exposed to amoxicillin took anywhere from one day to a week to make the transition, and in some of the tylosin-treated mice, the microbes took months to adapt to the new environment. In fact, tylosin was found to have a much bigger impact on the maturity of microbiomes, overall.

Thankfully, the researchers did find that fewer courses of antibiotics did help reduce the effect.

“We also see that the effect is cumulative. So the number of courses of antibiotics matters,” lead coauthor Laura M. Cox, PhD, an adjunct instructor in the Department of Medicine at NYU School of Medicine. “We get a little interruption of the maturation process after the second course of antibiotics, and then we have even more interruption after three courses.”

So, when looking at all the information, it becomes clear that there needs to be more research and better awareness of the potential disadvantages to antibiotic overuse.