The debate over what causes autism, and when it occurs, has been going on for quite some time now. Some parents (and purported experts) say the condition is caused by vaccination. Others cite environmental exposure issues. However, as more and more research comes in, it becomes evident that autism is congenital – present at birth, or perhaps even while in utero. Now added to the growing body of evidence is a study that found sensory processing abnormalities in six-month-old infants. 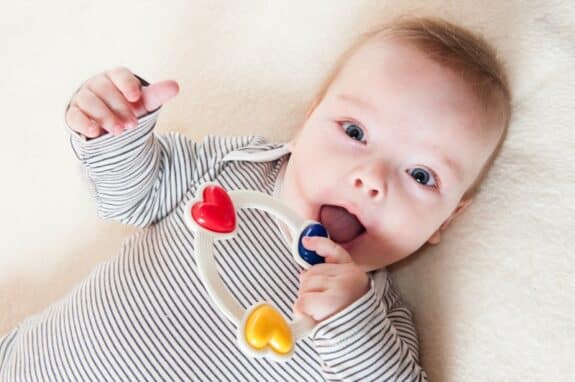 Headed up by lead author John Lewis, a researcher at the Montreal Neurological Institute and Hospital of McGill University and the Ludmer Centre for Bioinformatics and Mental Health, the study comes from the same team that discovered the language and behavior areas of the brains of 24-month-old infants with autism had decreased network efficiency. They wanted to determine just how early those inefficiencies surfaced, so they conducted this secondary study on infants between the ages of 6 and 12 months – some with a high risk of developing autism and others with a low risk. There were 260 infants, in all.

Using a new type of magnetic resonance imaging (MRI) known as diffusion weighted imaging, the authors measured brain connectivity of each child. Lengths and strengths of different areas of the brain were measured to measure network efficiency, the connectivity from one area of the brain to another. Overall, those that were later diagnosed with autism had network inefficiencies as early as six months of age.

The data is important because it indicates that it may be possible to detect autism as early as six months of age, which could ensure more children receive early intervention. Shown to help improve overall outcomes for children with autism, such early treatment could even mitigate against the behavioral and cognitive issues that typically start to surface as the child progresses into toddlerhood. The presence of neurological factors at this early stage in life also indicate that autism is caused, not by environmental or external factors in the child’s early months, but by a genetic mutation or defect. In other words, autism may occur as early as conception.

“Our goal was to discover when and where in the brain the network inefficiencies first appeared,” Lewis told Science Daily. “The results indicate that there are differences in the brains of infants who go on to develop autism spectrum disorder even at six months of age, and that those early differences are found in areas involved in processing sensory inputs, not areas involved in higher cognitive functions. We hope that these findings will prove useful in understanding the causal mechanisms in autism spectrum disorder, and in developing effective interventions.”