Home » Should Breast Milk Be Exempt From Strict Airline Rules?

There is no denying that breast milk is liquid gold.  Every ounce contains the exact nutrients to keep your baby completely nourished, while giving them the antibodies to naturally boost their system.  But not every mom can produce enough to feed their baby.  For this reason new moms are very protective over their supply and often pump off their overflow in case of an emergency.

The thing about motherhood is that life doesn’t stop when you become a mom.  You still have to go to work, attend events – keep life going.  And these moms will pump where they are to keep the milk flowing, but to also ensure that there is always nutrition for their baby when they can’t be home. 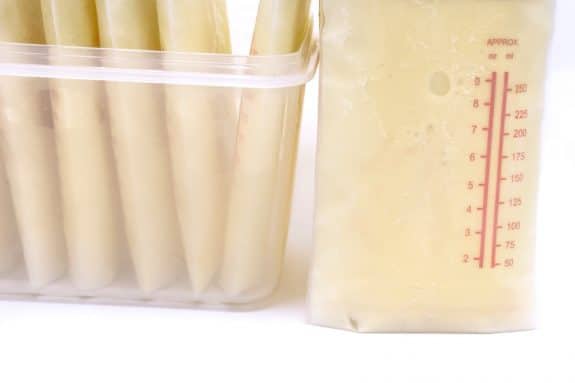 One mom is fighting back after being forced to dump nearly 15 liters of breast milk before boarding a flight at Heathrow Airport.

Jessica Coakley Martinez is a working mother from California.  She had pumped the to feed her eight-month-old son for two weeks while she traveled for work, but she was told she could not take it on the plane because her baby was not traveling with her at the time.

In an open letter to Heathrow Airport security on Facebook, Jessica wrote:  “For months I pumped and froze milk during the day and in the middle of the night to feed my son with the hopes I would have enough to see him through my time away.”

Jessica had been away, but has been pumping the milk and keeping it with her as she travels for work.  Over the 14 days she banked a considerable amount of milk. She would then lug that ‘giant block of frozen breast milk through four countries, airports and security checkpoints and having them pull out every single ounce of breastmilk and use mildly inappropriate sign language to convey “breast” and “milk” so that they would let me through.’  Every country allowed her to transport it without a baby  – until she arrived at Heathrow.

The dedicated mom acknowledged should have looked up the Civil Aviation rules before she arrived, but also noted – working moms should be given some consideration.

“You do not allow breastmilk on the plane if the mother is not traveling with her baby – a regulation in and of itself that is incredibly unfair and exclusionary in consideration of all of the other working mothers like me who are required at certain times to spend time away from their baby, but intend to continue to breastfeed them. That being said, more than 300oz of that milk was frozen. Solid. Like a rock. I was willing to let go of the liquid milk. But you also wanted the solid milk because it could “melt and become a liquid.”

When she realized the mistake she had made and that her stock pile was in jeopardy, she asked the customs agent if she could check the cooler bag, but was told they couldn’t give it back because now it was a “non-compliant item” and needed to be confiscated.

“It was as if you were almost proud to deny me at every possible point of compromise, ” she wrote in her Facebook post.  “Despite my begging, pleading and even crying out of sheer shock and desperation for a solution (which you essentially scoffed at with annoyance), you treated me as if I was trying to smuggle liters of hydrogen peroxide onto the plane. There was no room for discussion; “it’s the law.” ”

“This wasn’t tomorrow’s milk; it was two weeks worth of nutrition for my child, ” she continued.  “And it was the countless hours of my time, my energy, even my dignity in some instances, all driven by my willingness to go to any length to get my child what he needs that you dumped into the trash like a random bottle of travel shampoo and deemed a hazard, simply because I made the completely logical and scientifically supported assumption that a solid isn’t a liquid. And your absolute unwillingness to use professional judgment and customer service to make a reasonable exception in the face of equally reasonable circumstances is shameful. ”

For some parents breast milk is the only option because they just don’t have the budget to move to formula.  In this case the customs officer should have been able to recognize the hours and hours of dedication that went in to pumping such a large supply of milk.  This mom should have been given the opportunity to check her baby’s food and it’s pretty sad that the agent was so heartless.

Despite being on the road and trying to earn a living for her family, this mom also carved out enough time in the day to ensure that she kept her supply up, while saving every drop she pumped for her baby at home.  Dedication like that should be applauded – not poured down the drain.

So to answer my question above. Yes, breast milk should be exempt from strict airline rules.