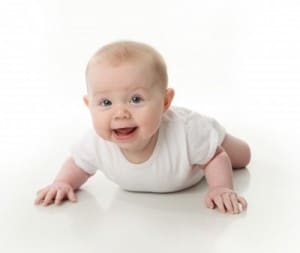 Previous studies have proven that early intervention can be extremely beneficial for children with autism. Symptoms of autism, however, are not generally present until around six months of age. A diagnosis is not usually given until the child reaches the age of two. Yet much of the brain’s development happens around the first year of life. As such, researchers have been working at finding a way to detect and diagnose autism earlier. While still preliminary, a recent study shows a lot of promise.

Using a special type of MRI scan, otherwise known as diffusion tension imaging, researchers took a look at early brain development in 92 infants that were at a high risk for autism diagnosis (they had siblings with autism, giving them a one-in-five chance of developing autism). Images were taken at 6 months of age, one year of age and two years of age. Then the researchers waited for the diagnoses of each child to come in.

Out of the 92 children, 28 developed autism; 64 did not. Now, armed with the official diagnosis of each child, researchers went back and compared the brain scans of the two groups of children; those that were diagnosed with autism and those that were not. What they found just might change the future of autism.

Researchers were looking at tracts of white matter, a brain substance that connects different regions in the brain. In the children that were not diagnosed with autism, “their brains were organizing themselves in a pretty rapid fashion.” But the exact opposite was true for children with autism.

According to researcher Jason Wolff, who studies developmental disabilities at the University of North Carolina, Chapel Hill, “the way the wiring was changing was dampened,” in the children who were later diagnosed with autism. “It was a more blunted change over time, in how the brain was being wired. We looked at pathways that connect brain regions to each other, and 12 out of 15 were different in kids with autism,” Wolff stated.

And the fact that so many pathways were affected supported the ever-growing data indicating that autism is a “whole-brain phenomenon.” But unfortunately, researchers are still unsure what might be causing the “widespread” differences found in the brains of individuals with autism. They do know one thing, however, and that is that “there’s a complex interaction between genes, and a child’s experiences with the world.”

These differences were noticed as early as six months of age, before behavioral symptoms of autism are apparent. Of course, while promising, this is only a preliminary study. Not enough is known to provide a definitive diagnosis, based on a brain scan, for children as young as six months old. Still, Wolff suggested that, in the future, it may be possible to provide autism intervention early enough “to intervene, to disrupt autism before it becomes entrenched.”

Researchers on the study plan to continue following some of the children from the study until they reach three years of age. They also plan to enroll more children in the study for further data collection and research.