It’s been 35 years since the world’s first ‘test tube’ baby, UK’s Louise Brown, was born (1978). Since that time, an estimated 5 million babies have been born – about half of which have been born in the last six years, a new report says. 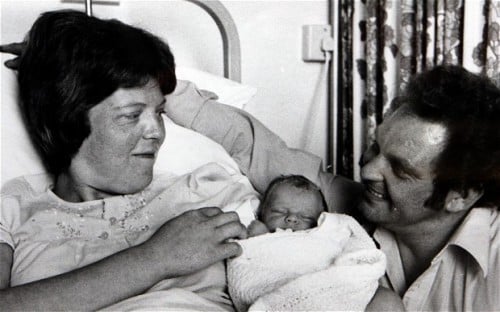 At one time, the morality of IVF was a highly debated topic. However, it seems that, for the most part, the debate has died down – with only about 12% of all Americans believing that IVF is immoral or unethical. In fact, most concerns today are over the added risk that sometimes occurs with IVF, including the risk of multiple pregnancies and a possible increased risk for birth defects. While obviously not the only factor, this may explain why IVF, along with many other forms of assisted reproductive technology (ART) are on the rise.

Presented Monday in Boston at the annual meeting of the International Federation of Fertility Societies and the American Society for Reproductive Medicine, the new report looked at 75 different countries and included more than just in vitro fertilization – egg donation, surrogacy and egg freezing were also included in the report; artificial insemination and the use of fertility drugs without IVF were not included.

According to the official report, assisted reproductive techniques included in the report resulted in:

“The problem is we have not been able to get data from China,” Adamson told USA Today.

In addition, there are some “holes” in the study – sometimes complete years missing from the data. Still, this approximation gives us an idea of just how much assisted reproductive techniques have grown over the years, particularly over the last six years.

According to Adamson, there are two driving forces behind the acceleration of ART: increasing access in developing countries – particularly China – and the increasing insurance coverage in many nations.

As many 200,000 babies born via ART in China annually, Adamson said, which would make the country a “leader” in ART. To put that into perspective, the Centers for Disease Control and Prevention estimates that about 1% of all babies born annually in the U.S. – that equates to only about 60,000, less than half of China’s annual estimation.

Though it may seem odd for a country that, for the most part, only allows one child per couple to have such high numbers, Adamson says it’s actually not as surprising as it may seem at a glance. In China, there is a great value placed on children, and those that cannot conceive naturally and are able to afford the technology are highly motivated to have that one child.

Unfortunately, there are often couples – in China and elsewhere in the world – that can’t afford the technology. The National Institutes of Health says that a single attempt at IVF can cost anywhere from $12,000 to $17,000.

However, there have been efforts to reduce those costs, particularly for those that live in less developed countries – places where infertility runs rampant. Should that become available, who knows how many babies will be born via ART over the next six years!