Statistics indicate that some 10 percent of women suffer from endometriosis – a chronic and often painful disorder in which the lining that typically grows inside the uterus (endometrium) grows on the outside of it instead. Symptoms often include chronic abdominal pain and irregular periods, but it can also cause infertility. In fact, some 50 percent of women who need fertility treatments suffer from the condition.

Prior to now, it was thought that the reason infertility was such an issue was because the uterus provides a hostile environment for the egg, making it difficult for it to attach to the uterine wall and become fertilized. The eggs themselves, which must fully mature before they can be fertilized, were thought to be normal. However, a recent study has revealed that this may not be entirely true. 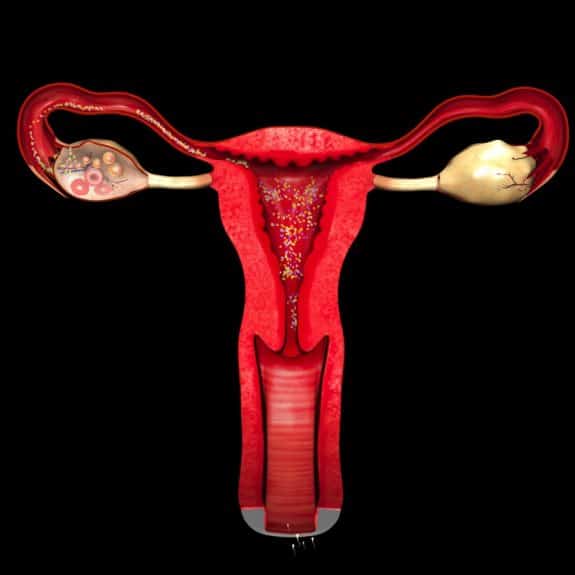 In a clinical study, doctors took the immature eggs of mice and exposed them to the follicular fluid from women who had endometriosis. What they found was that the eggs struggled to reach maturity. In fact, many did not reach the optimal stage, which would prevent them from ever being viable enough to fertilize. In other words, the cause of infertility in women with the condition could start much sooner than when the egg reaches the uterus – it could be an issue that starts all the way in the ovarian follicles, which are responsible for maturing the eggs.

“We found that fluid from the follicles of patients with endometriosis was found to block egg maturation by generating free-radical chemicals called Reactive Oxygen Species (ROS) in the egg, which damaged their DNA. This damage caused the egg not to mature, and hence it could not be fertilized,” Dr. Simon Lane, a research fellow at the University of Southampton and leader of the study said. “More research is now needed to investigate whether the damage caused by endometriosis is treatable or preventable.”

The researchers do believe they may have a method for doing this. In addition to observing the lack of maturation of eggs, the researchers attempted to mature some by exposing them to two specific antioxidants – resveratrol, which is found in the skin of grapes and berries, and melatonin, a compound that is produced when we sleep. These agents, when added to the follicular fluid, seemed to reverse the damage caused by ROS which then permitted more eggs to mature.

“Struggling to have a baby can be terribly upsetting for a couple, so this new research gives some hope to people,” Ying Cheong, Clinical Director of the Complete Fertility Clinic and Professor of Reproductive Medicine at the University of Southampton, said. “It is very encouraging to see the possibility of the damage being prevented by antioxidants, but more work is needed before we can put our results into practice.”