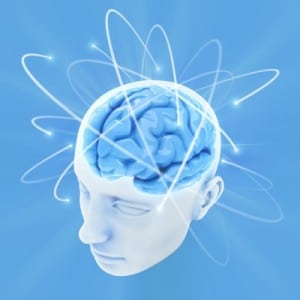 A recent study, published in the Journal of American Medical Association, may have found a possible link between autism and an excess of neurons in the brain.

The results of the small study were based on the postmortem brain examinations of seven autistic boys and a control group of six non-autistic postmortem examinations. Donors in the autism group ranged from ages 2 to 16 that had passed away between 2000 and 2006. The donors represented a wide range of the autism spectrum, but none had a diagnosis of Asperger’s.

Previous studies have shown that approximately 20% of all autistic individuals have enlarged brain growth that begins in childhood and carries on into adult life. The purpose of the study was to determine what types of cells or structures in the brain might account for the excess growth.

Examinations for the study were performed by a group of anatomists that were not aware of the diagnosis of any of the specimens. Experts examined the entire dorsolateral and mesial portions of the prefrontal cortex instead of only counting cells in small blocks and estimating the total cell density. This ensured figures that were more exact.

According to the data, autistic specimens contained 67% more neurons in the prefrontal cortex. This is the area of the brain that controls emotional development, social development and communication. Autistic brains also weighed approximately 17.6% more than normal brains for their age group. Interestingly enough, however, the researchers stated that the enlargement was actually small, considering the large amount of excess neurons.

Eric Courchesne, Ph.D.  of the University of California San Diego, and his colleagues stated in their report, “Thus, the size of the autistic brain, overlarge though it is, might actually underestimate the pathology of excess neuron numbers.”

Neurons are formed, mostly during pregnancy. And according to Janet E. Lainhart, M.D. of the University of Utah in Salt Lake City and Nicholas Lange, ScD of Harvard University Schools of Medicine and Public Health in Belmont, Mass., the discovery of excess neurons in all cases “add[s] significantly to mounting biological evidence that the developmental neuropathology of idiopathic autism begins before birth in some; possibly all cases.”

Researchers believe that what may be happening is an unchecked proliferation of neurons or an absence of normal process of neurological pruning in the third trimester of pregnancy and the early phases of post-pregnancy.

Unfortunately, the study is very small scale. Additionally, there were no females with autism in the control group. More studies that include larger groups as well as girls with autism will be needed before a genuine link can be found. But for now, it should help reduce some parental guilt, wondering if there was something they did wrong to cause an autism diagnosis for their child.