Every parent dreads the so-called “sugar high” that seems to come during every birthday party, Halloween, and Christmas. However, experts say that this phenomenon is nothing more than a myth. That’s right: a myth. Parents will say otherwise, of course, but the experts give a fairly convincing argument in a recent interview with Live Science. 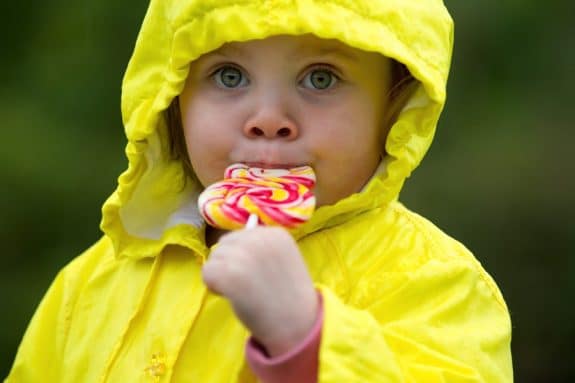 Dr. Mark Wolraich, chief of Developmental and Behavioral Pediatrics at Oklahoma University Health Sciences Center has been researching the effect of sugar on children since the 1990s. He says that the “sugar high” is nothing more than a combination of child excitement and parental expectation – children are excited by the actual event, not the sugar itself, but parents see their child’s behavior and attribute it to the sugar.

“Their ideas are reinforced by seeing it in those circumstances,” Wolraich told Live Science. “The placebo effect can be very powerful.”

For example, one of Wolraich’s studies examined the behavior of preschool children said to be sensitive to sugar. Conducted over a nine-week period, the study had parents administer three different diets to their toddlers, each for a three weeks at a time. One was high in sugar (sucrose), one was high in aspartame, and one was high in saccharin (a noncaloric sweetener).

Results, which were based on cognitive and behavioral tests, reports from parents, and reports from teachers and researchers, determined that sugar did not have an effect on either the intellect or the behavior of any of the children. (It should also be noted that this was a double-blind study, so neither the parents or the scientists knew which children were on which diet at any given period.)

“Sugar does not appear to affect behavior in children,” Wolraich said. “The body [regulates sugar]. If it needs it, it will use the energy. If it doesn’t need it, it will convert it to fat for storage.”

Yet another study, which was conducted in 1995 and published in the journal JAMA, examined the results of 16 different studies on the “sugar high” issue. This analysis “found that sugar does not affect the behavior or cognitive performance of children.” In fact, the statistician who worked on the paper stated that “he had never had such consistently negative results.” In other words, the studies showed that sugar consistently failed to product the mythical “sugar high” that parents fear so much.

Does the lack of a sugar high give parents a pass when it comes to monitoring their child’s sugar consumption? Not necessarily. Even if sugar does not produce a “sugar high,” the prevalence of childhood obesity, paired with sugar’s ability to cause tooth decay, means parents still need to regulate how much and how often their children consume sugar. Furthermore, parents should ensure their children always brush their teeth after sugar consumption. This, along with moderation, can help decrease the risk of cavities.