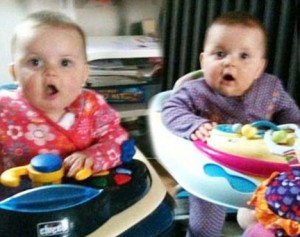 Twin infants, mauled by a wild fox earlier this month, are recovering well despite the horrendous attack. One twin has already been released home, the second is expected to be released within a few days.

The 9-month old twin girls that made news after a fox attack are recovering well from their wounds. Though the attack was considered “life changing” for the girls, they seem to be healing well and making their way home. Pauline Koupparis, the mother, has already been allowed to take one girl, Lola, home. The second girl, Isabella, is still recovering in the hospital. Doctors expect she will be released home soon.

The girls were sleeping in their second story bedroom, when a fox managed to crawl through a slightly opened room and attack the pair. The parents entered the room to find the infants covered with blood, and the fox still in the room. Though both girls survived, the parents are not certain if they want to continue living in their home after such an ordeal. 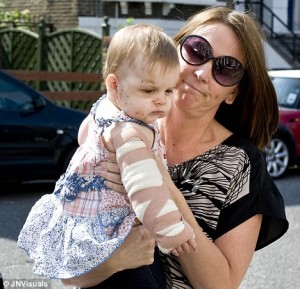 The family has received much support after news of the attack made headlines. Fox attacks are rare, even in rural areas where they are more common. That a wild fox entered a residential area, and managed to entered a second story bedroom window to attack a human is extremely rare.

‘We have had a lot of support from people. I’m really overwhelmed.’

Isabella had been in intensive care as a result of her wounds. Bella, after her release on Friday, has several scratches and bite marks on her face, as well as her right arm heavily bandaged. The wounds will like cause permanent scars, though children often heal faster than adults and can have less scaring. – Summer, staff writer