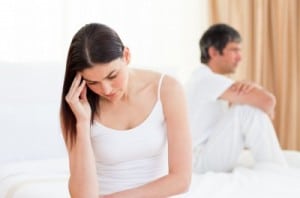 In an attempt to teach couples the damage that divorce has on children involved, District Judge Alison Raeside has made it mandatory for couples considering divorce in Surrey, England to take two free custody classes.


Surrey has been selected as a test county for the program and the custody classes are being funded by Cafcass, the children’s courts service. The couples are split up and placed in a group of ten in order to assure that nobody involved is harmed. More than half the couples involved in the first wave of the program changed their behavior upon the completion of the two classes.

Lord Justice Wall, England’s leading family judge was quoted saying “there is nothing worse for most children than for their parents to denigrate each other”.

In his experience Lord Justice Wall says that he has seen many couples in the process of divorce use their children as ammunition to hurt each other and rarely realize the damage they are doing to their children.

“The children are both the battlefield and the ammunition”.

He has also criticized his fellow judges and their lack of consideration for the children involved in divorce cases, some judges have let some cases escalate out of hand and go before ten different judges. Wall strongly believes that having one judge for all the hearings in one case is essential in establishing consistency within the case.

In a recent speech made by Wall in front of the fathers pressure group Families Need Fathers made the following statement.

“Separating parents who are unable to resolve issues between themselves rarely act reasonable. People think that post-separation parenting is easy. In fact, it is exceedingly difficult, and as a rule of thumb my experience is that the more intelligent the parent, the more intractable the dispute. Parents often find it difficult to understand that children both love and have a loyalty to both parents. There is nothing worse, for most children, than for their parents to denigrate each other. Parents simply do not realize the damage they do to their children by the battles they wage over them. A child is not a piece of property which can be parceled up and move around at will”.

The fathers pressure group Families Need Fathers is an organization that is working in favor of fathers who are shut out of their children’s lives by the children’s mother, after a divorce case. They are also fighting to reverse the bias that automatically rewards custody of the children to the mother without considering the father.

The government is looking into a way to punish mothers who do not follow court orders and neglect allowing the father to see his children. – Jeff, Staff Writer