Home » With A Heart the Size of a Football, Liam Beats the Odds 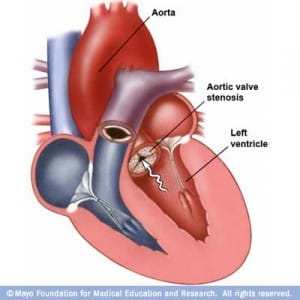 Kirsty Taylor and Peter Dalgarno were warned that their newborn son would die if he did not have a surgery. But they were also told that he could die even during the surgery. Baby Liam had a heart the size of a football and today, thanks to expert medical care, he is well on the road to recovery.

The valves in Liam’s heart were so narrow that it caused severe pressure on the left side of his heart. This led to swelling of his heart to such an extent that it was no less the size of a football.

Kirsty, 22, said, “When doctors said his heart was the size of a football we couldn’t understand. How was our tiny baby surviving with a heart that huge? We were told we could either go ahead with the surgery or take him home to die. Saying goodbye to our son was unthinkable so we agreed to the surgery.”

“Liam was whisked away so quickly that I felt like I didn’t have a son – the feeling haunted me for months. I never even dreamed I’d be choosing schools for my little boy. It’s fantastic to see him living like any other three-year-old.”

It was in the 38th week of pregnancy that Kirsty realized something was wrong with her baby. Up until that time it was a normal pregnancy. The expectant mom had been visiting the midwife’s office when she collapsed and started bleeding heavily.

She says in her interview to Daily Mail,

“At first the doctors tried to say it was normal but they soon realised it was serious and I had to go into labour. It took 13 hours and Liam was two weeks early but everything seemed fine.Back on the ward I realised straight away he wasn’t moving and kept buzzing the nurses. They said he had a headache and was having trouble breathing.”

Liam was whisked away for tests.

‘They took him for x-rays and checks twice, and the third time he never came back. I didn’t know where my new son was from 3am to 9am. When he got moved to intensive care it was petrifying. Me and Peter were only young and had never seen anyone in intensive care before. We kept thinking ‘Why us?’

Kristy felt deprived of the happiness that a new baby brings.

‘I had to watch other new mums taking photos of their kids and taking them home when I didn’t even know where mine was. But all the hospital staff were incredible. In Birmingham, away from all our friends and family, they supported us the whole time.’

The problem Liam suffered from is called critical aortic stenosis. The valve that was taking blood from the heart had narrowed, not letting normal blood flow to take place. The supply of oxygen to the brain was also suffering.

‘Liam was born with a very critical aortic stenosis. It causes a severe impact on the pumping chamber and hence the body circulation is significantly compromised. He had an emergency procedure at just 12 hours old and has since undergone a further three open heart surgeries.”

The doctors thought initially that Liam might never recover, but the baby surprised with his fighting spirit.

‘We were initially concerned that his heart function wouldn’t recover fully however we are delighted that Liam’s heart is now functioning much like any other child his age,” recalls Dr. Desai. ‘He does face further operations in the future, but we are all pleased with Liam’s progress.’

In May last year, Liam’s heart was fitted with a pig’s heart valve. Kristy says that she does not like the idea of an animal inside her son, but that is what is keeping him alive.

Father Peter, 25  adds, “It’s a bit weird to think a pig is keeping your little boy alive. The valve will need replacing as Liam gets older and grows so we tell him the scar on his chest is a zip so the doctors can get in and out easily.”

To help him better understand the problem with his heart, Liam’s parents have also made a book for the three year old. He is shown pictures from it to make him know why he has to frequently visit hospitals and have surgery while his other friends and cousins don’t.

Liam had his second operation on Boxing Day three years ago.

Kirsty said, “That first Christmas was hard because we thought we’d be at home with a happy, healthy baby by then – instead we were still back and forth to the hospital.This year we plan to spend as much time as possible with all our families to make sure everyone gets to see Liam and his little sister Scarlett, who is seven months old.”

She adds that family moments are precious for them.

‘We treasure every family moment because we know how close we were to losing Liam. Now we’ve stopped thinking ‘Why us?’ and started thinking how lucky we are that Liam is strong enough to keep going. I know he’ll face whatever comes his way with his cheeky smile.’

The fighter has many more Christmas to celebrate with his loving family.