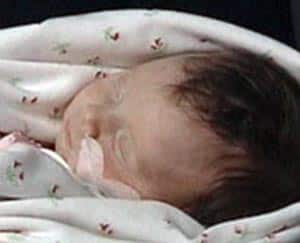 Called a first in Canada, doctors at Toronto’s Mount Sinai Hospital and the Hospital for Sick Children have successfully repaired a baby’s heart while she was still in the womb.

At 30 weeks into her pregnancy, Vicki McKenzie had an ultrasound that showed her developing fetus had critical aortic stenosis, a condition in which the main outlet valve of the left ventricle is severely narrowed.

She was immediately referred Sick Kids and Mount Sinai where doctors explained that waiting to operate after birth would be too risky. 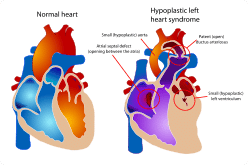 Untreated, her condition would inevitably lead to a lifelong condition called hypoplastic left heart syndrome (HLHS). Children with HLHS typically need to have at least three major heart surgeries and are not expected to have a normal lifespan; the 10-year survival rate is only 65 per cent.

During the 37-minute procedure, doctors inserted the device through the mother’s abdomen and then directly into the baby’s heart to induce proper growth and function – and to prevent the child from dying of heart failure at birth.

Amazingly, the procedure allowed the baby, Océane, to remain safely in utero for another month until she was born on April 15.

“Any procedure you can do to a fetus in utero allows the baby to remain in the best intensive care unit that there is,” said Dr. Greg Ryan of Mount Sinai Hospital.

“It allows the baby to become more mature, so if this baby was delivered early, it faced … all of the complications of prematurity.”

Within an hour of the baby’s birth at Mount Sinai, she was whisked to nearby Sick Kids, where doctors fed another balloon catheter into her heart to further expand the aortic valve. A third followed a couple of weeks later.

Even though this utero surgery has been performed several times in the U.S., this is the first successfully surgery of it’s kind in Canada. The team of doctors attempted the procedure on two other much earlier fetuses. Neither survived.

“And we’ve not only seen that we can not just fix the valve, but we’ve seen that the left ventricle can recover. That’s what we were hoping would happen, but we were not entirely certain that it would happen until we saw it.”