While medication alone can manage symptoms of attention deficit hyperactivity disorder for most children, studies have suggested that some children may do better and take lower doses of stimulant medications when receiving behavioral therapy along with ADHD drugs. Unfortunately, a new study has revealed that only about one quarter of commercially insured children taking ADHD medication are also receiving psychotherapy, and in many parts of the country, the percentage is much lower. 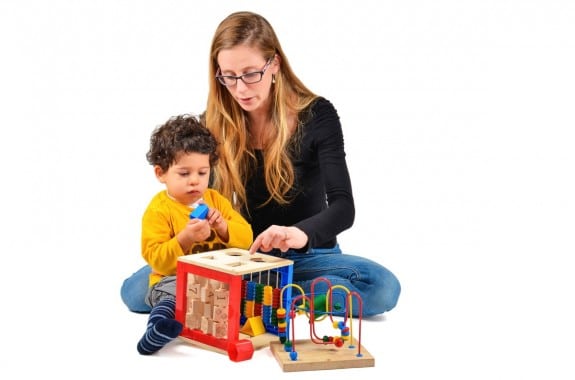 The new RAND Corporation Study, published as a research letter in the September 22nd edition of JAMA Pediatrics, is the first to document the substantial variation in receipt of talk therapy among US children being treated with ADHD medication – a variation that researchers found to be more than six-fold across counties within the United States.

“Treatment of ADHD in children generates lots of controversy, primarily because of potential for overuse and abuse of stimulant medications,” said Dr. Walid F. Gellad, the study’s lead author and an adjunct scientist at RAND, a nonprofit research organization. “We wanted to find out among those who received ADHD medications, how many are also receiving it build psychotherapy services? The answer is few, but it actually depends on where you live.”

Taken from large commercial claims database, researchers examined records of more than 300,000 children age 17 and younger across 1,516 countries in the United States. All of the children had received a prescription for ADHD medication. They were looking for how many children received some sort of talk therapy along with their medication, and the examined the supply of licensed psychologist in the counties studied. (It should also be noted that sparsely populated counties were excluded from the study.)

“In areas of the country where rates of use are so low, it indicates that many kids with private insurance will could benefit from therapy are not receiving it,” said Gellad, who is also affiliated with the VA Pittsburgh Healthcare System and of the University of Pittsburgh School of Medicine.

What was interesting, was that the percentage of children who received therapy along with medication was lower in counties that had fewer licensed psychologist, but the percentage of didn’t always reflect the number of available psychologists. For example, Sacramento County in California and Miami-Dade County in Florida have the same number of licensed psychologist per capita, but almost half the children with ADHD in the California County received therapy with their drugs only about 20% in the Florida County did.