Christopher and Jennifer Young shared a sweet friendship story with TODAY.com that began a year ago when a 1-week-old duckling named Beaker – or Bee – came into their house and waddled immediately to the side of their 19-month old son Tyler, and the two became best friends. 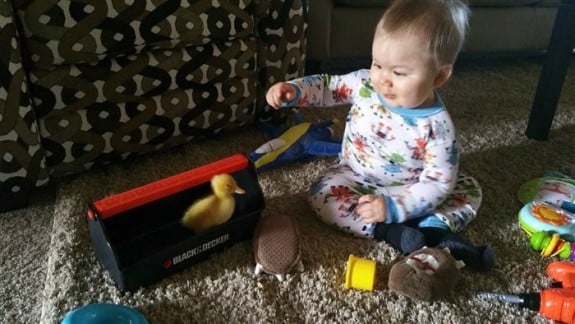 The boy and the duck have been inseparable ever since.

Beaker and Tyler spend busy days playing together and chasing each other around their home in Magnolia, Texas. Bee likes all of the same games as Tyler, such as playing in the ball pit and pushing the balls around, hopping on the train table to get the engines and cars moving, and going outside for wagon rides together. 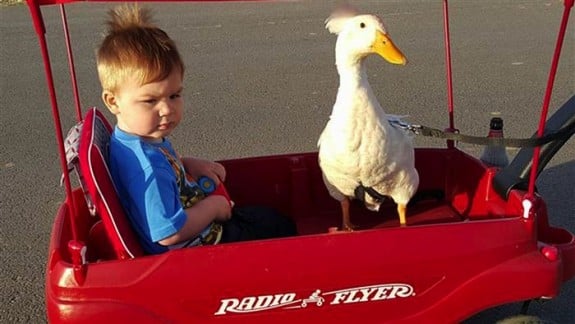 And just like many siblings that grow up together, this only-child and his duck sometimes bicker over toys, but mostly it’s a lot of giggling, spills, and chaos – just typical stuff for a household with two active “toddlers” racing around. 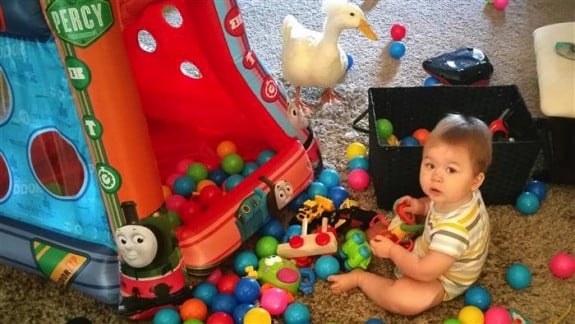 Tyler has learned to be gentle with Bee but sometimes he forgets. If he does, Beaker reminds him with a gentle nip. The two are constant companions but Bee doesn’t sleep in Tyler’s room and the two don’t bathe together. Bee sleeps in a playpen in the master bedroom and always wears a harness with a diaper inside.

With such cuteness generated by these two, Jennifer started a Facebook page to share photos and news about their adventures. 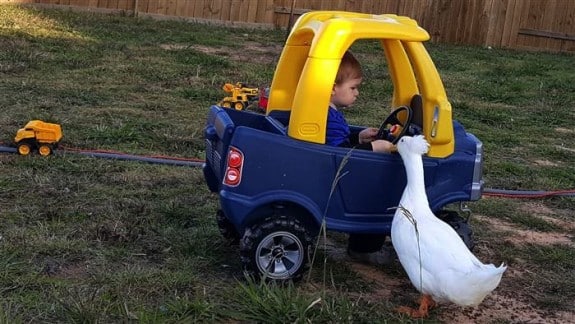 This all started because Jennifer wanted a pet duck. The couple keeps another 10 ducks in an outside pen, but Beaker became special and made himself a part of the family.