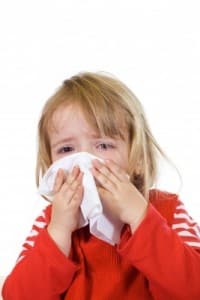 As many as 910 infants have been reported as infected with whooping cough in California this year, the highest number reported in the last 50 years. California is now declaring it an epidemic throughout the state.

Whooping cough, also known as pertussis, is a once common illness that most people are vaccinated against now. Symptoms begin similar to a cold, with a cough and runny nose lasting for one to two weeks. It can develop into a reoccurring series of rapid coughing fits, lasting for several weeks or months. An infected person makes a whooping sound when coughing, giving the illness it’s name.

Though many infants are vaccinated before their first birthday, the vaccine does not offer lifelong immunity. Adults need to be given booster shots to continue their immunity. Adults who have not had their boosters can pass the infection on to children who are not yet fully vaccinated. So far, 5 infants have died.

“Children should be vaccinated against the disease and parents, family members and caregivers of infants need a booster shot,” California Department of Public Health director Dr. Mark Horton said Wednesday

Health officials from California fear there will be even more cases of whooping cough as the year goes on. Currently, there are another 600 cases being investigated by health officials.

Whooping cough infections tend to occur in cycles, often peaking among the general population every 2-5 years. Infants generally receive a series of three shots between the ages of 2-6 months. However, some children may not be vaccinated or may have their vaccinations delayed for a variety of reasons. – Summer, Staff Writer