It was a big night around the world for candy hunting kids.

Many celebrity families were photographed out in New York City and Los Angeles taking their kids door to door for the frightful night! Here are some of our favorites!

Molly Sims dressed as Snow White as she made the rounds with her son Brooks Stuber.  Currently pregnant with her second child, the mama-to-be also showed off her growing belly to the cameras! 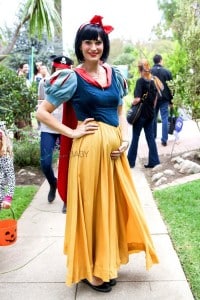 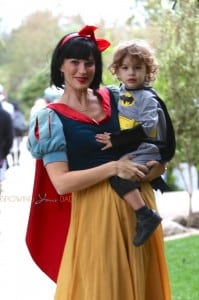 New parents Lindsey Price and Curtis Stone dressed up to take their son Hudson out trick or treating.  Missing from the outing was their newborn, one-month-old Emerson Spencer. 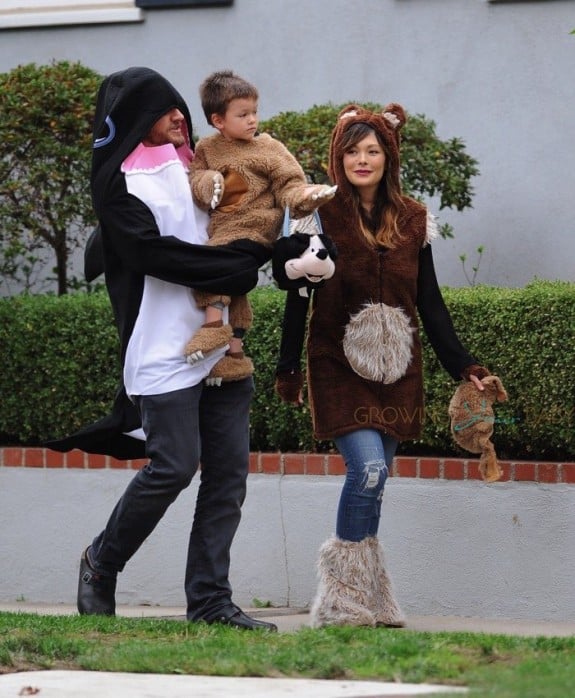 The Denisofs, Alyson Hannigan, Alexis, Satyana and Keeva, never disappoint on Halloween.  Well known for their family themed costumes, they were spotted out dressed as a family of tree frogs! 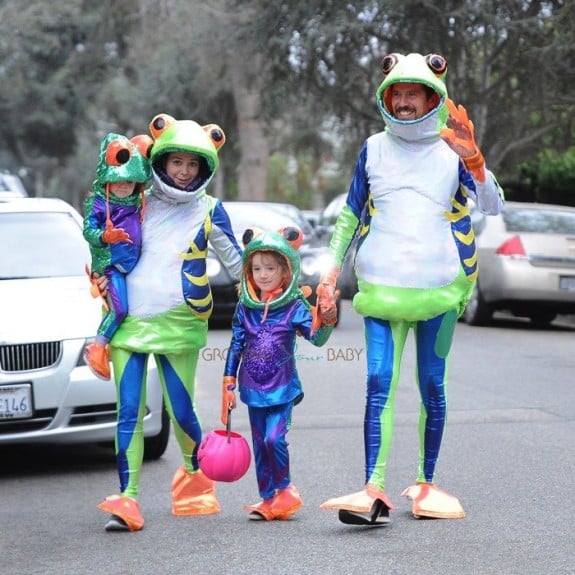 Happy Halloween from Gotham City!  Neil Patrick Harris shared a photo of his family dressed as the Joker, Riddler, Batman and a purple catwoman. 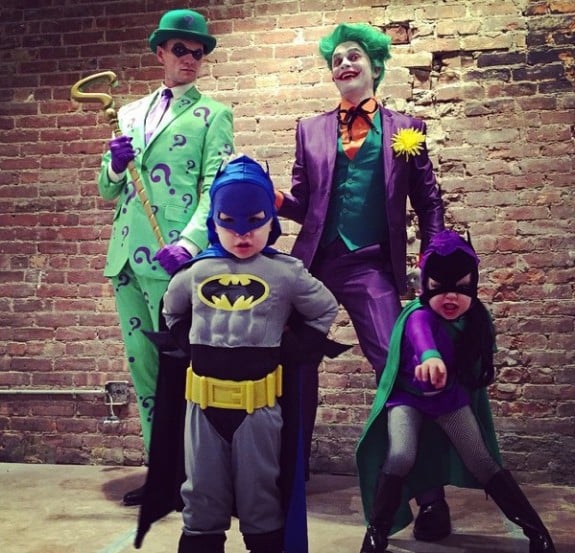 It was a girls night out for Bethenny Frankel and her daughter Bryn in New York City last night.  Bethenny wore just a cat mask while Bryn dressed as Elsa! 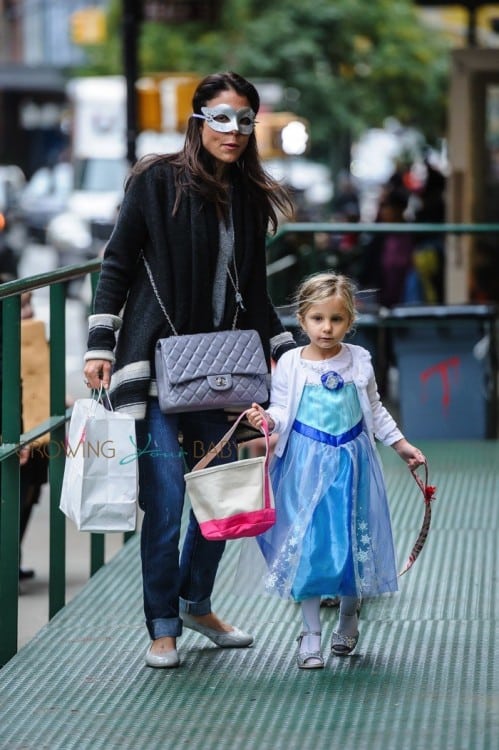 Alessandra Ambrosio and Jamie Mazur were spotted making the rounds with their princess fairy Anja and little dinosaur Noah. 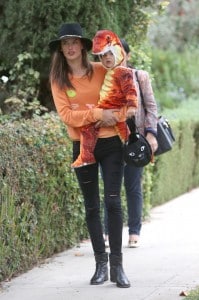 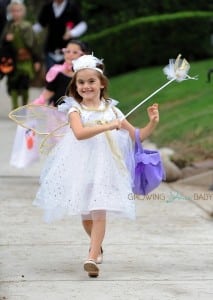 Conan O’Brian hit the streets with his son Beckett, who was dressed in a Star Trek Command Shirt. 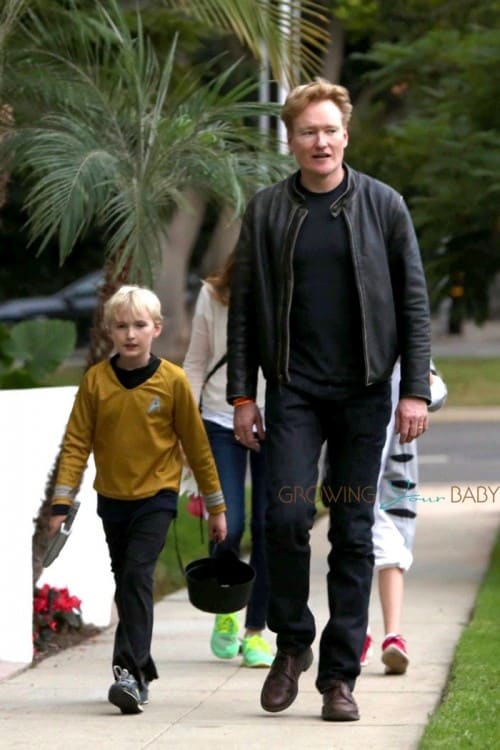 It was an Adams Family Halloween for Jordana Brewster and her son Julian. 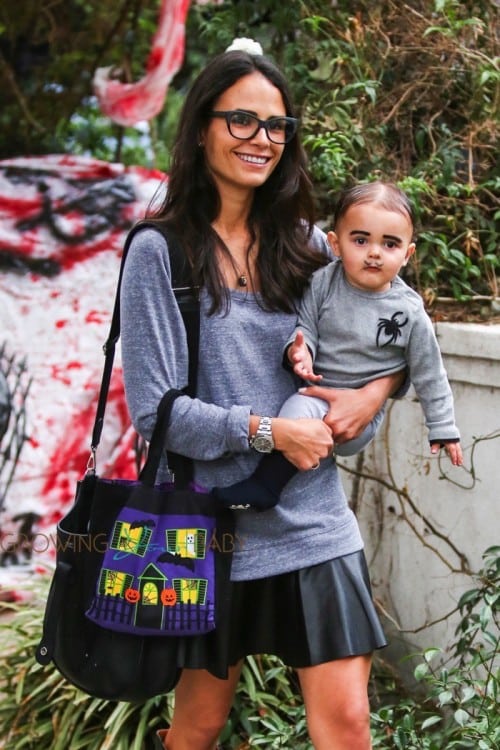 Mel B took it to the next level in a plunging v neck cheetah costume while out for Halloween with her husband Stephen Belafonte and daughters Phoenix, Angel and Madison 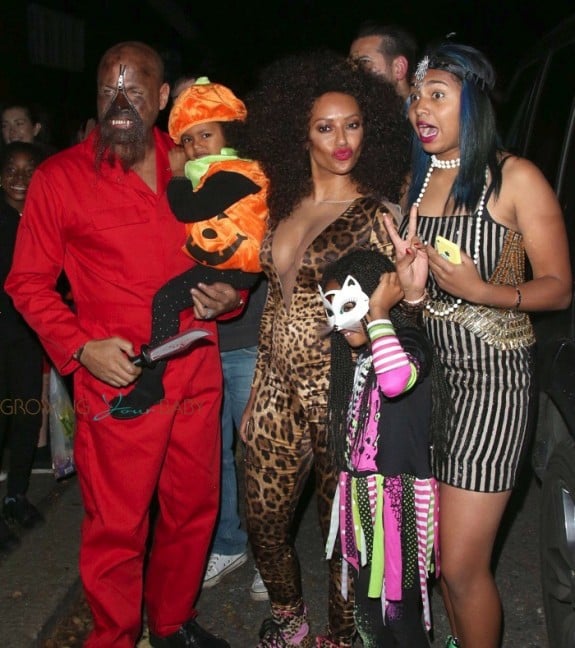