This week the story of 7-Year-Old Memphis boy Josh Hardy exploded all over the internet after it was revealed he was dying from an infection of adenovirus spreading in his body.  The family’s only hope was a drug brincidofovir, that was still in clinical trials and not approved by the FDA to be used openly. 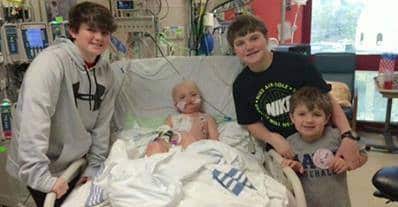 Josh was 9 months old when he was first diagnosed with a rare form of kidney cancer. Over the years, cancer turned up in his thymus, lung, and bone marrow, and each time Josh beat it.

But after a bone marrow transplant Josh’s immune system weakened and last year doctors detected an infection of adenovirus spreading in his body.

They gave him an antiviral drug, an intravenous form of brincidofovir, but it ravaged his kidneys.

Doctors at the St. Jude’s Children’s Research Hospital had been part of the study of this particular drug and assured the family that if the intravenous dosage had failed, the one given orally could be given without damaging the kidneys. They proceeded to ask the manufacturers Chimerix Inc. to use the experimental drug.

Twice the doctors at St. Jude’s requested that Josh be granted permission to use the drug, and both times the company turned them down stating that they were not “in a position to provide drug for this and other subjects in similar circumstances due to a limited inventory and our limited resources.”

The internet went crazy.  Concerned members of ‘Josh’s Army’ responded with angry tweets to @chimerix, telling them to “open their hearts,” asking the executives how they can sleep at night.

Others have begun sending mails to board members. Chimerix executives say they have also received death threats.

The company stood firm noting that they were “going full speed ahead to get the drug on the market hopefully by the end of 2016, and if they spend time and money on compassionate use cases, it would greatly hinder their effort to get the drug, brincidofovir, on the market and available to everyone.”

But in  a turn of events Chimerix, Inc. today announced through a press release that it has reached agreement with the U.S. Food and Drug Administration (FDA) for the immediate initiation of a pilot trial of open-label brincidofovir for the treatment of adenovirus infections in immunocompromised patients. FDA has committed to work expeditiously with Chimerix on the design of a pivotal Phase 3 study that would be a continuation of this pilot study. Josh Hardy’s story brought to public attention the often-devastating impact of adenovirus infection, and helped accelerate a discussion between the FDA and Chimerix regarding the need for additional clinical development to assess brincidofovir’s potential in adenovirus infection. This study is expected to begin with Josh Hardy as the first patient enrolled on Wednesday, March 12, 2014.

“This 20-patient open-label study underscores Chimerix’s mission to develop innovative antiviral therapies in areas of high unmet need – for everyone,” said Kenneth I. Moch, President & CEO of Chimerix. “Being unable to fulfill requests for compassionate use is excruciating, and not a decision any one of us ever wants to have to make. It is essential that each individual in a health crisis be treated with equal gravity and value, a principle we have upheld by pursuing further clinical study of brincidofovir that will inform its use in adenovirus and other serious DNA viral infections.”

“We are pleased to be providing access to brincidofovir in a manner consistent with our focus on progressing clinical development toward a potential regulatory approval that would make it widely available to patients who might benefit from its use,” said Hervé Momméja-Marin, M.D., Vice President, Clinical Research of Chimerix. “We are grateful to the FDA for their continuous guidance and assistance in expediting brincidofovir’s development path forward.”

We pray that this will be the answer this family is looking for to heal their son. He has fought for too long and we hope this is the medicine that allows him to join his family at home. 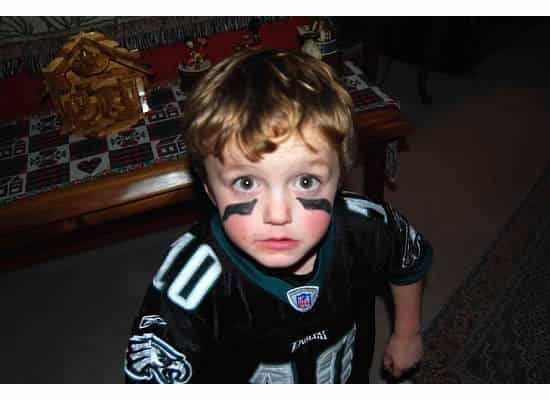 They thanked their fans on Facebook this evening saying,

The world has heard you and because of you Josh and many others will have the opportunity to receive CMX001 (Brincidofovir) the life saving antiviral drug made by Chimerix. There are too many people to thank individually, everyone’s actions, thoughts and prayers have made a difference.