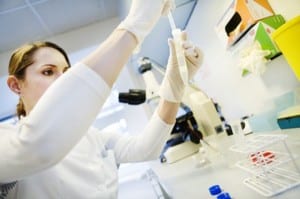 No matter how a child is created, there is a certain “gamble” that we, as parents, take. Many of us are asymptomatic carriers of crippling genetic disorders, like cystic fibrosis, various heart defects, mental retardation and more. Yet, when the gamble is taken with our own genetics, there’s really no one to blame. It’s just an unfortunate situation. But when receiving a donor component to create a child, the assumption is that the risk is drastically decreased. Unfortunately, this assumption, in many cases, couldn’t be any further from the truth.

According to estimates, more than a million children in the United States were conceived via a donor egg or sperm. Of those, hundreds of cases of flawed donors have been reported, but there may be thousands more, according to the Donor Sibling Registry founder Wendy Kramer, who feels “there needs to be oversight, and some regulation of the industry.”

The Food and Drug Administration only requires that donors be screened for communicable diseases, like HIV, HPV and AIDS. Organizations like the American Society for Reproductive Medicine recommend that donor banks screen for genetic defects, but only some of the more reputable banks actually follow those guidelines.

Recipients of sperm are not required to report live births back to the donation center, and some sperm donors have fathered an excess of more than 100 children. With no one reporting the live births or the health complications that may have stemmed from the donation, tracking genetic defects among donors becomes even more difficult. And until the defect is noted, tracked or somehow made known to the center, the donor’s sperm continues to be used, leaving more and more children susceptible to the genetic condition – children like Jaxon Kretchmar.

Jaxon’s parents, Sharine and Brian Kretchmar of Yukon, Oklahoma, tried using a number of medical treatments to conceive their second child, but none of them worked. Finally, their doctor recommended that they try and find a sperm donor. They followed his advice and spent the next year searching for the perfect donor. They researched sperm banks and donors carefully. Finally, they found one that seemed to be a perfect match – a family man, a Christian with a clean bill of health, so they were told. And the bank’s website claimed that they tested all of their donors for genetic defects.

So, the Kretchmar’s jumped in, made their order, and shortly after, Mrs. Kretchmar was found to be with child. The pregnancy, the delivery, everything seemed to be going well. But after the first day, little Jaxon still hadn’t had a bowel movement – often a sign to doctors that something is wrong. Immediately, doctors rushed the Kretchmar’s little boy off to surgery. They soon returned with earth-shattering news; doctors believed that their little Jaxon had cystic fibrosis.

“We were pretty much devastated,” stated Mrs. Dretchmar. “At first, we weren’t convinced it was cystic fibrosis, because we knew the donor had been tested for the disease. We thought it had to be something different.”

But genetic testing confirmed that Jaxon did, in fact, carry the genes for cystic fibrosis. Mrs. Kretchmar also underwent testing and found that she was a carrier for the condition, unbeknownst to her. The real shock, however, came when they found out that Jaxon’s donor was also a carrier. The Kretchmars would soon discover that the sperm used to conceive Jaxon was decades old, and it had originally been donated at a laboratory halfway across the country. The genetic testing that the New England Cryogenic Center claims to have done on him is currently a topic of debate in the lawsuit the Kretchmars have filed against the company.

The Kretchmars aren’t the only couple to have received flawed sperm. Pamela Callum, a genetic counselor at California Crybank, the largest sperm bank in the country, recently discovered that one of their donors had passed on a gene for NF1 (neurofibromastosis type 1) to five different children. The condition causes benign tumors along the nerves in the brain, skin and other parts of the body and it can lead to learning disabilities and an increased risk of brain tumors, leukemia and other types of cancer.

“There were two other children who had been diagnosed with the disease, but the parents never told us,” said Callum. “If we had known earlier, we may have been able to take that donor off the catalog earlier. We’ll never be able to eliminate genetic diseases. It’s just not possible. That’s why follow-up is so important.”

The American Society for Reproductive Medicine seems to agree with Callum’s statement.

“Human reproduction is an inherently risky proposition and it always will be, so it’s impossible to remove all the risk and uncertainty of reproducing,” said Sean Tipton, director of public affairs for the American Society for Reproductive Medicine. “You’ll never be able to catch everything. As the technical capabilities to do genetic testing and screenings improve, the banks will do that. But it will be incredibly expensive to test for everything.”

But it seems that some are trying and giving it their very best effort. Some of the largest sperm banks in the country are currently working on creating a national donor registry where information on each donor is listed and stored. This would help track donors nationwide, as well as any genetic conditions that may pop up for that donor along the way. This registry may help decrease the risk of genetic conditions among sperm donors, but even this sort of system is contingent upon reporting of the mother.

While each mother is entitled to privacy, children like Jaxon should matter most when deciding whether or not to report a live birth to the donor bank. While the Kretchmars would have, undoubtedly, found a different donor, had the system been a little less flawed, they might have a healthy child, rather than a child as sick as Jaxon who, by the way, has to take more than 20 pills in a day, and he’s only two-years-old. Someday, the Kretchmars will have to explain to Jaxon why he is so sick and why he must fight to breathe each and every moment of his life.

“Someday I have to explain to Jaxon that the pain and difficulties that he endures every day are unnecessary and should have been prevented,” said Mrs. Kretchmar. “It’s a very helpless feeling to know that I can’t take away my child’s pain.”