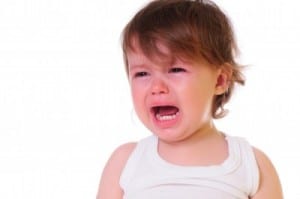 Toddlers throw tantrums; that’s reality. There are certain tantrum characteristics, however, that may help identify social or mental health problems in children early on according to researchers at the Northwestern University Feinberg School of Medicine.

After conducting a survey of nearly 1,500 parents, researchers found that 84 percent of toddlers had thrown a tantrum in the last month. Only 8.6 percent had thrown daily tantrums, however. This finding alone suggests that tantrums may help indicate deeper problems, said study researcher Lauren Wakschlag. This is only a small part of the picture, however.

Researchers also found that frequent tantrums “out of the blue” were very rare (8.3 percent weekly), especially when compared to tantrums that were thrown because of frustration or anger. Weekly aggression, such as biting, hitting or kicking occurred in only about 8.2 percent of children. Only 10 percent of children threw tantrums with adults other than their parents. Tantrums that lasted longer than five minutes once a week or more were also rare, about 14 percent.

Northwestern University Feinberg School of Medicine researchers hope that their studies can help better identify when treatment is needed for toddlers. This may help reduce the overtreatment of behaviors that are actually typical for toddlers, Waskchlag said.

For example, the Diagnostic and Statistical Manual of Mental Disorders says that a symptom of behavior problems is a child that “often loses temper.” There is a lot of room for interpretation, however, and there is no clarity on how often “often” really is.

“There’s been a real danger of preschool children with normal misbehavior being mislabeled and over-treated with medication,” Wakschlag said. “This is why it’s so crucial to have tools that precisely identify when worry is warranted in this age group.”