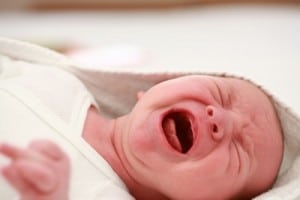 New research research carried out by the University of Oregon has found that mothers suffering from depression respond differently than healthy moms to their crying babies.

The brain scan study of mothers showed that the simple act of picking her baby up by a mother when the infant is crying is dulled down in women suffering from depression.

According to the Dr. Jennifer C. Ablow, professor of psychology, who has been studying the relationship between the physical response and the internal physiological changes including heart rate and breathing of new mother, a child’s development is affected by his mother’s response when he is crying.

When mothers listened to their own baby’s cries, the non-depressed group had strong activity in the region of the brain that controls rewards and emotions. The depressed mothers lacked this increased brain activity. The researchers thus concluded that moms who were not depressed automatically heard the baby’s cry as a cue to provide emotional support, but depressed moms just did not feel the necessity because the cry did not trigger the activity.

“In this context it was interesting to see that the non-depressed mothers were able to respond to this cry sound as a positive cue,” said Laurent. “Their response was consistent with wanting to approach their infants. Depressed mothers were really lacking in that response.”

The researchers also found that mothers who self-reported their depression had decreased brain activity in the pre-frontal region – the area that evaluates information and plans a response to emotional cues.


Laurent believes the findings may help with treating depression symptoms in mothers.

“Some of these prefrontal problems may be changed more easily by addressing current symptoms, but there may be deeper, longer-lasting deficits at the motivational levels of the brain that will take more time to overcome,” she said.

What the researchers really believe comes out of this research is that depression may lead to decreased mother –child bonding at an emotional level and may have long lasting effect on their relationship.

The researchers are now planning to extend their study to the prenatal period.

“We regard the study as a “jumping-off point” toward a better understanding of the neurobiology of a mother’s brain, said Ablow. “In our next study, we plan to follow women from the prenatal period through their first year of motherhood to get a fuller picture of how these brain responses shape mother-infant relationships during a critical period of their babies’ development,” said Ablow.

With this understanding it may soon be possible to alter the brain’s reaction in depressed moms and thus make them more emotionally responsive to the child’s needs. – Atula, Staff Writer