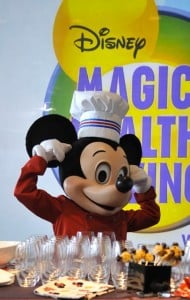 With one-third of children in the United States either overweight or obese, it’s quite clear that something needs to change. One good place to start would be changing the types of foods marketed to children. Countless studies have shown that food marketing efforts make a substantial impact on the foods selected and eaten by children.

“[Food marketing is] important because it shapes the way kids expect to be fed,” said Margo Wootan, director of nutrition policy for the Center for Science in the Public Interest, a Washington D.C.-based consumer group. “If we don’t deal with food marketing to kids, we don’t have any chance of addressing childhood obesity.”

Unfortunately, very few companies have been willing to take the decreased revenue that would likely result from banning junk food from their promotional efforts. I digress. Before now, not even one company has been willing to make an effort to stop marketing unhealthy foods to children. But that all is about to change; and the change is going to come from a source that parents and children are bound to respect and appreciate.

Mickey Mouse and his friends have warmed the hearts of children for nearly 100 years. It’s hard to believe it’s been that long, yet many of us parents remember growing up with Mickey and other enchanting Disney characters. In so many aspects, they are pioneers in the hearts and minds of children. Their pioneering efforts will now take on a new form; they are formulating requirements that will restrict the types of foods marketed on their shows and by their characters.

By 2015, all foods and beverages promoted, advertised or sponsored on the Disney Channel, Disney XD, Disney Junior, Radio Disney, Disney.com, and Saturday morning children’s shows on ABC must meet the company’s new nutrition criteria. The criteria is largely influenced by the government’s dietary guidelines and will focus on limiting calories, reducing sodium, sugar and saturated fat in foods marketed towards children by their company. This means that many foods and beverages parents and children are used to seeing on children’s programs will fall off Disney programs, including certain snack foods, soft drinks and prepackaged lunches. 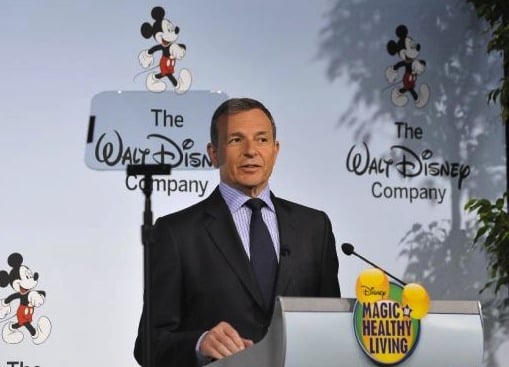 “Parents can be confident that the foods associated with Disney characters or advertised on Disney platforms meet our new, healthier nutrition guidelines,” said Robert Iger, chairman and CEO of Disney.

Their efforts are receiving mounds of supports from nutritional advocates, including first lady, Michelle Obama. 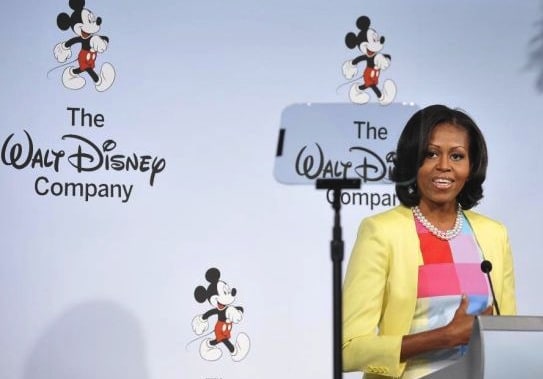 “This new initiative is truly a game changer for the health of our children…With this new initiative, Disney is doing what no other major media company has ever done before in the U.S. – and what I hope every company will do going forward. When it comes to the ads they show and the foods they sell, they are asking themselves one simple question: ‘Is this good for our kids?’”

Margo Wootan couldn’t agree with Mrs. Obama more. “This is landmark, because a major media company is taking responsibility for what food they advertise to children,” she said. “This should be a real wake-up call to Nickelodeon and Cartoon Network to do the same.”

Yale University’s Rudd Center for Food Policy and Obesity joins in on the praises to Disney. “This is a significant advance by Disney,” she said. “With their reach and credibility, the tight nutrition standards they have set for specifically designated foods will touch millions of children.”

But it won’t all be nutritious, Wootan pointed out. Their efforts may still fall short of what some parents – myself included – would really call “healthy foods,” and they will still market some “better-for-you versions of products that are not perfectly nutritious. There are still going to be SpaghettiOs and things like that in the mix,” said Wootan.

One example that will help parents fully understand where the line is drawn would be the promotion of breakfast cereals. All cereals promoted or endorsed by Disney must contain 10 grams of sugar or less.

“That’s a good step forward, but it’s not ideally nutritious,” Wootan said. “That’s about the amount of sugar in three Chips Ahoy cookes.”

But the worst offenders will, in fact be kicked off of Disney programs and Disney characters will no longer grace the exterior of their food packages. And this is an effort to be praised, even if some of the foods that continue to receive endorsement from Disney are still a little “questionable” in the minds of some parents. This is especially true when the sheer loss of revenues that Disney may face because of their decision.

According to the Federal Trade Commission, food and beverage companies spend about $2 billion a year on advertising and production promotion for their youngest consumers. Jon Leibowitz, chairman of the Federal Trade Commission says that the loss that Disney may experience because of their pioneering efforts commands respect. They are making this move “at perhaps some peril to their revenues, so that’s all the more reason why we should commend them. These self-imposed restrictions will be good for kids and empower parents.”

That empowerment could very well change the way we choose to feed our children. Most parents will attest to how difficult it is to explain to children that they can’t eat a certain food just because it has a certain character on it. Yet children relate with these characters, much how their parents related with them when they were younger. Because of this, parents are often at a loss when it comes to getting their children to make healthier food choices when their child’s favorite character is found on the unhealthy food, but not the healthier option. These new guidelines may offer an answer.

“Parents are hungry for ways to help their kids eat better,” said Keith Ayoob, an associate professor of pediatrics at Albert Einstein College of Medicine in New York who helped Disney with its new nutrition standards. “Kids want food that’s fun and tastes good. These guidelines bring parents and kids together.”

Even before this release was published, I noticed an interesting change – one that I hadn’t realized was even happening. While grocery shopping with my children last week, we picked up some bananas at the store. Attached to the bunch was a Madagascar 3 sticker. I remember thinking how interesting it was to see the sticker on the bananas, but hadn’t given it anymore thought, until now.

I, for one, am very thrilled to share this exciting news. I am a Disney fan at heart, and I always have been. While this isn’t their first step in promoting healthier food options – in 2006, they started offering fresh fruits and vegetables at their parks – it is their biggest effort. It has the potential to reach more people, particularly children – children that have been bombarded by advertisements for soda, cookies, cakes and so much more. It’s about time someone took a stand, and I’m proud to see the first is Disney.