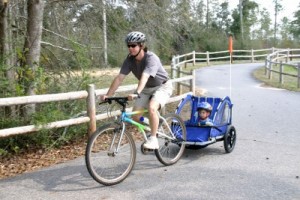 According to a new study, parents who are overly protective can cause their children to be “neurotic”. These so-called “helicopter parents” may be causing more harm than good.

The study focuses on college freshman, and is considered the first of its kind in defining and measuring what exactly is a “helicopter parents”. The term was originally coined by college admissions personnel and used to describe parents who they felt intervened with their children’s problems too often. The term has since grow in popularity to cover parents who some feel do not allow their children enough freedom.

The findings of this study are still only preliminary, and more research will be needed to back up the results. However, what the researchers found is that parents who are overly-protective can cause long-term developmental harm to their children. The children of “helicopter parents” were found to be more dependent, neurotic, and have several more negative personality traits than children of less protective parents.

“We have a person who is dependent, who is vulnerable, who is self-conscious, who is anxious, who is impulsive, not open to new actions or ideas; is that going to make a successful college student?” Montgomery said. “No not exactly, it’s really a horrible story at the end of the day.”

Neil Montgomery, a psychologist at Keene State College in N.H., sent out questionnaires for students to determine how protective their parents were and how the students felt about various situations. Of the students, an average of 10 percent had parents that the researchers classified as “helicopter parents.” Girls were more likely than boys to have overly protective parents, with 13 percent of the girls and only 5 percent of the boys.

Currently, Montgomery says this study only shows an association between protective parents and young adults with problems. No direct cause and effect link has been found, though he hopes that parents use this study to think about how they are parenting. – Summer, staff writer