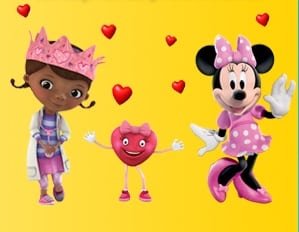 This month it’s all about love on Disney Junior!

The popular network kicks off Valentines week with new episodes of some of their popular shows. Starting Sunday, February 10 beginning at 9 a.m, it’ll be a morning filled with Valentine- and friendship-themed episodes from popular series including brand new episodes of Doc McStuffins, Jake and the Never Land Pirates and Handy Manny. Won’t be home? Set the PVR or catch the encore presentation on Valentine’s Day at 7:30am and 5:10pm.

Looking for some Valentines themed activities? The Disney Junior website has some great printables and a cute app on their site that allows your little ones to design their own printable cards!

Want to get out of the house? Enter Disney Junior’s Disney On Ice contest. From now until March 15th, 2013 you will have a chance to win four front row seats for the Disney On Ice presents Rockin’ Ever After show in Toronto! This incredible prize includes round-trip flights, two nights at a hotel in Toronto, a character meet and greet experience, and a prize pack of Rockin’ Ever After merchandise! Enter on the Disney Junior site. 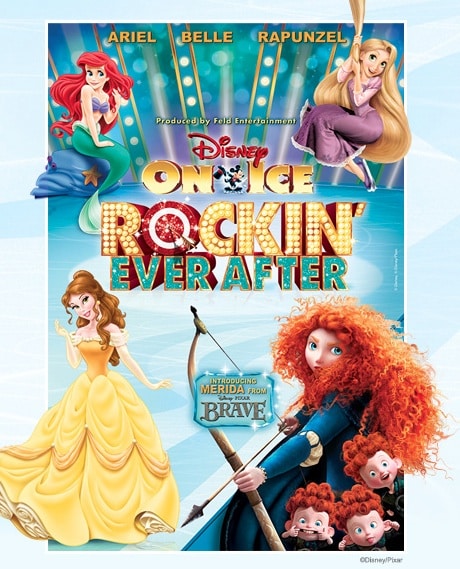 The show, which will be coming to Toronto, Ottawa and Montreal, features many of Disney’s famed female heroines; Ariel, Belle, Rapunzel and Merida from Brave! Jam to a Scottish jig as a group of royal contenders from the latest Disney-Pixar film Brave, competes to win the heart of headstrong, sharp-shooting Merida, making her ice debut!  Looking for tickets? You can check showtimes, venues and tickets at Disney Junior .

Whew!  Did you get that all? There is a lot happening at Disney Junior this month so set your PVR’s so you don’t miss a thing!

Disclosure: I’m proudly part of the Disney Junior Mom program and I receive special perks as part of my affiliation with this group. The opinions on this blog are my own.”