What does a mother do when her children have wet clothes on? Apparently, one Texas woman thought it was okay for them to ride on the top of a car to avoid getting the inside of the car wet! Police arrested the woman, after four of the children were hospitalised on Tuesday evening when they were thrown from a moving car, driven by her. 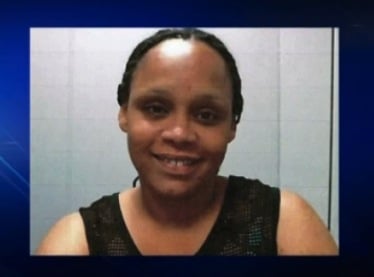 An intoxicated Kisha Young, 39, let six children aged 8 to 14 ride on the hood and trunk of her Chevrolet Malibu when they were returning after a swim at the local Creekside Community Pool. The group also included another adult who was inside the car.

Eye witnesses say that the children were flung off from the moving vehicle, when the impaired mother took a turn too fast at the corner of 400th block of Angler Drive. She did not even realise that the children had fallen until she drove to the end of the block. When she did notice them missing, she drove back and appeared panicked.

Demi Garcia was in the front yard of her home with her father when they both witnessed the kids fall off the car.

“Then the mom started backing up after my dad ran over there to the kids. Cause they were trying to lift up the little girl,” she said.

Four of the injured children were taken to the Cook Children’s Hospital in Fort Worth.

“Well of course we don’t know what they were thinking. However, they weren’t thinking safety.”

“The children were riding on the trunk and hood of the vehicle because they were wet,” he added. “They had wet clothing and apparently they didn’t want to get the inside of the vehicle wet.”

Stephanie Wywias, a mother of two who lives on the street where the children were injured said,

“The kids were really pretty banged up; one girl unconscious, had to be [airlifted]. Heartbreaking. I first thought some kids had been run over playing out in the street, but that wasn’t the fact at all.”

Three of the injured kids have been checked and released from the hospital but one 12 year old was taken by CareFlite to an area hospital due to a severe head injury.

Holly Powell another eye witness saw the 12 year old fall down. She describes,

“But from what I saw I never saw her move. They had to do everything to get her on the stretcher and everything like that so it was really, really scary.”

The whole neighbourhood was shocked to know about the incident.

Police arrested Young charged with intoxication assault, a third degree felony. She was still in jail on Wednesday and a bond has not been set.

Police did not however release the name of the second adult who was in the vehicle and is the mother of the girl with the most serious injury. Child Protective Services has been contacted and is expected to investigate.

“As a parent, you have to know right from wrong because the kids don’t,” said Wywias.