Home » Gwen Stefani Steps Out With Her Boys in Studio City

Gwen Stefani and Gavin Rossdale were photographed together in Studio City, Los Angeles hanging out with their youngest boys Zuma and Apollo on Thursday. 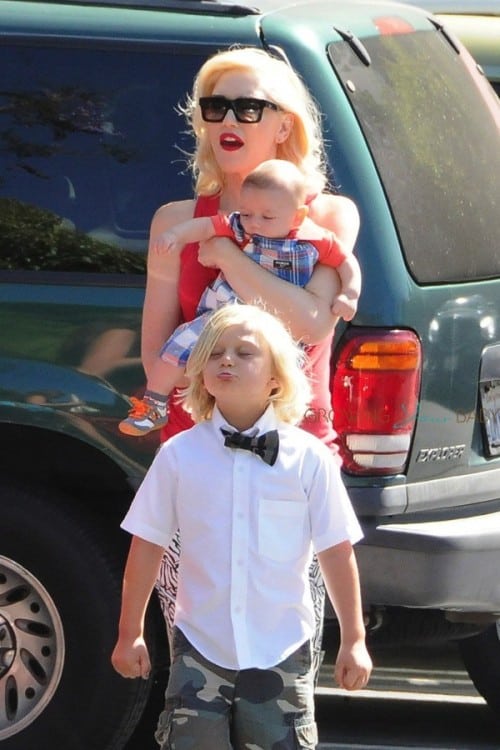 Reportedly out for Zuma’s graduation, Gwen carried her little guy into the ceremony, while his big brother ran ahead.

Zuma showed off some flare in camo shorts, a white shirt and a matching camo bow tie.  With his bleach blonde hair and funky style, he looking more and more like his mom every day!

Gwen was chic in bold printed pants, gladiator sandals and a red tank as she snuggled Apollo in the alleyway.  The three-month-old must have had an accident because he was wearing a different outfit on the way out. Earlier in day he wore a red onesie with plaid shortalls, but emerged from the graduation in a striped jumper. 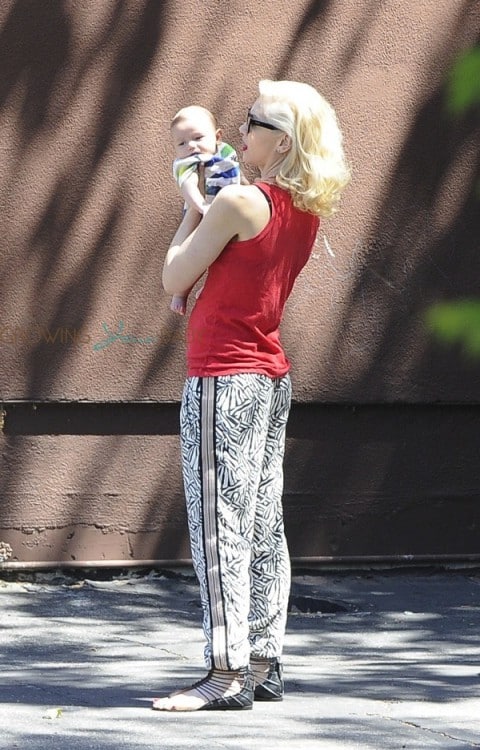 Soon Gwen will make her debut as a judge on NBC’s The Voice. Taking over this season for the very pregnant Christina Aguilera, the singer has been tweeting photos from the set as they do their qualifying rounds.