Home » Isla Fisher Visits The Market With Her Trio! 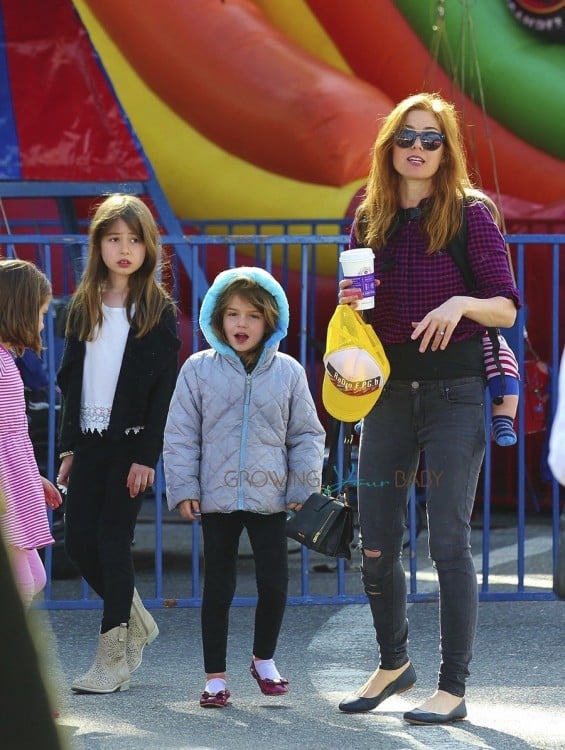 With no nanny in sight, the actress strapped Montgomery to her back in an ErgoBaby carrier as she strolled through the fair portion of the market with a coffee in hand. 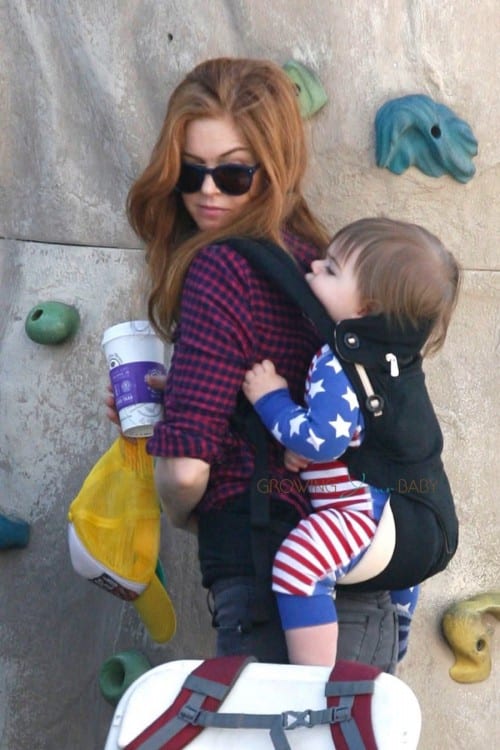 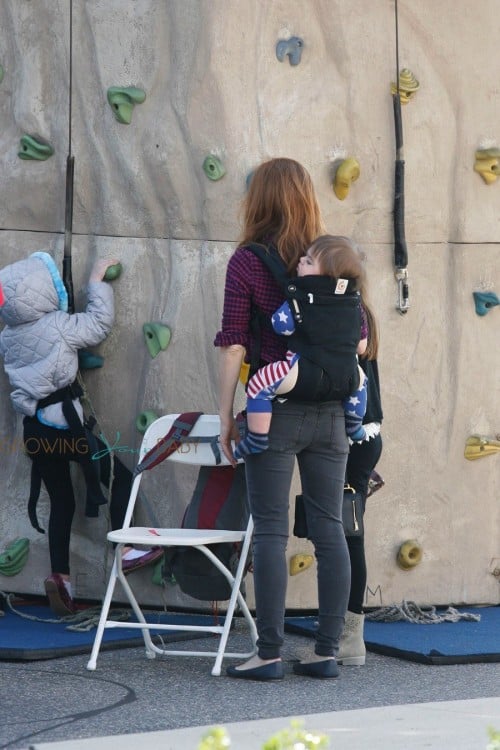 But what was even more awesome was that she arrived in a minivan! 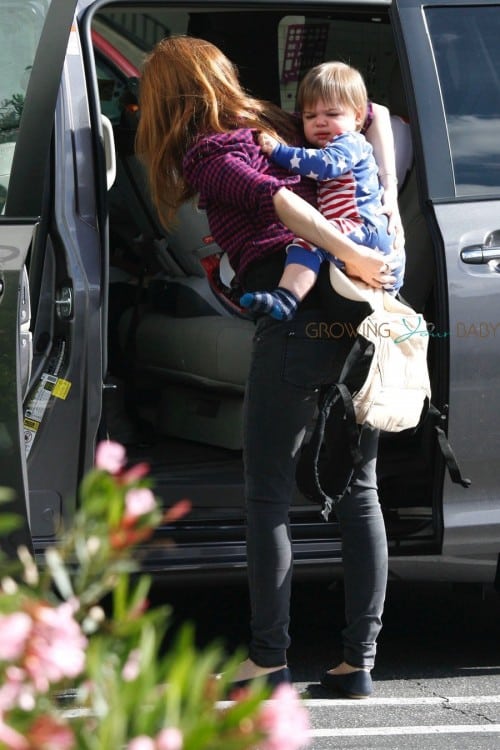 Isla currently stars in her husband’s new comic movie The Brothers Grimsby and her film Nocturnal Animals will be released later this year.