Even though the maternity leave policy in the United States has been one of the lowest in the world some companies are stepping up give a little extra to new parents.

This week the U.S. Navy announced this week that moms are now eligible for up to 18 weeks of paid postpartum maternity leave, a move that triples the standard allowance put place by the United States. 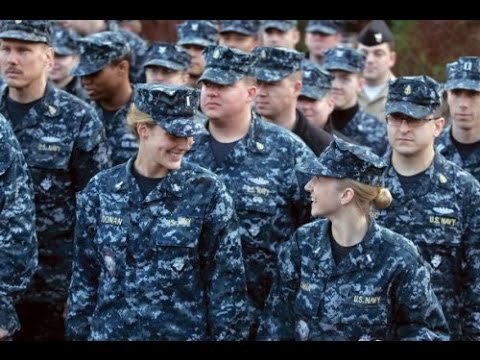 “When the women in our Navy and Marine Corps answer the call to serve, they are making the difficult choice to be away from their children — sometimes for prolonged periods of time — so that they can do the demanding jobs that we ask them to do,” he said in a release. “With increased maternity leave, we can demonstrate the commitment of the Navy and Marine Corps to the women who are committed to serve,”  Navy Secretary Ray Mabus said in a July release.

The new leave policy combines 6 weeks of paid maternity leave with 12 weeks of paid convalescent leave. The leave doesn’t have to be taken all at once, but it must all be taken within a child’s first year.

The policy will also apply retroactively to any woman in the Navy or Marines who had a baby since Jan. 1, 2015.

“Meaningful maternity leave when it matters most is one of the best ways that we can support the women who serve our county,” Mr. Mabus added. “This flexibility is an investment in our people and our services, and a safeguard against losing skilled service members.”

The new policy was inspired by Google’s maternity leave, according to Cmdr. Chris Servello, a spokesman for the chief of naval personnel.

When the tech company increased its maternity leave from 12 to 18 weeks eight years ago, they found that half as many new moms left the company.

While we love that companies are starting to realize that 6 weeks is just not enough time for a new mom to heal from child birth, and bond with her baby, 18 weeks really isn’t a lot.    The United States has ranked last for decades, and this move by a few companies only moves them up the chart marginally in comparison to Sweden who offers families 420 days of maternity leave with 80% of wages paid for that time period.  Currently only 11% of women in the United States who work at private companies receive paid maternity leave.

This new policy by the Navy is good, but the whole country needs to do more!