Over the years, statistics have shown that it was usually moms that were staying home with their children during the day to take care of them, while dad went out and worked. However, all that is changing. In 2012, there were at least a million more fathers staying at home to care for the kids, than in the year 1989. 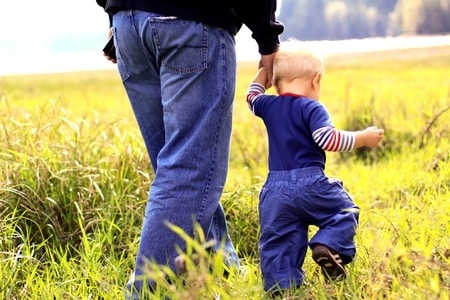 While many have attributed this to the staggering leaps in unemployment as well as the recession, the reason dads are home is that they want to take care of their families, according to a recent study by Pew Research. Gretchen Livingston, the study’s author says,

“The assumption that a lot of people make is that the number of stay-at-home dads went up because of the recession. And while that’s absolutely true, even if you take out that trend altogether, the fact is, the number has been going up over time, regardless. And the biggest increase is in the share of fathers who want to stay at home to take care of the kids. That’s very striking.”

Pew defines the word ‘father’ as: “men ages 18-69 who are living with their own children (biological, step or adopted) younger than 18.” They defined ‘stay-at-home dad as: “those fathers not employed for pay at all in the prior year and living at home with their children younger than 18.” When fathers were surveyed in 1989, 56 percent of them had not been working due to illness or disability. In 2012 this number dipped to 35 percent. Only 5 percent of dads who were not working in 1989 were home because they were taking care of their family. In 2012, that number rose significantly to 21 percent.

While more dads are choosing to stay at home to care for their families, one would believe that it would become more socially acceptable. However, a survey conducted by Pew in 2013 showed a different opinion. Fifty-one percent of those who were surveyed believed that the children were “better off” with a mother staying at home, with only 8 percent believing the opposite.

This surge in stay-at-home dads has inspired many to create networks and support groups, such as the National At-Home Dad Network, which aims to connect the dads with one another, as well as banding together as a community to support one another. A convention is also held each year for the men to come together.